The coldest night so far, I awoke to find my water frozen so I ate a frozen protein bar which was somewhat like eating a brick, I managed to get my tent down as Logan from British Columbia’ still slept. I had no concrete plan for the day.

Only 9.5 miles ahead the trail was restricted because of very active bear activity. A bear canister was required from Jarrard Gap to Neels Gap. That was a major goal since it was where the outfitter was.

I plodded along alone taking in the views and working out a plan to get back in order. No one said that this was going to be easy but I was at least hoping things would happen further into the trip.

I went through Lisa Gap and Ramrock Mountain before finally arriving at Woody Gap on Georgia Highway 60. As Martha Roberts promised it was a wind tunnel. 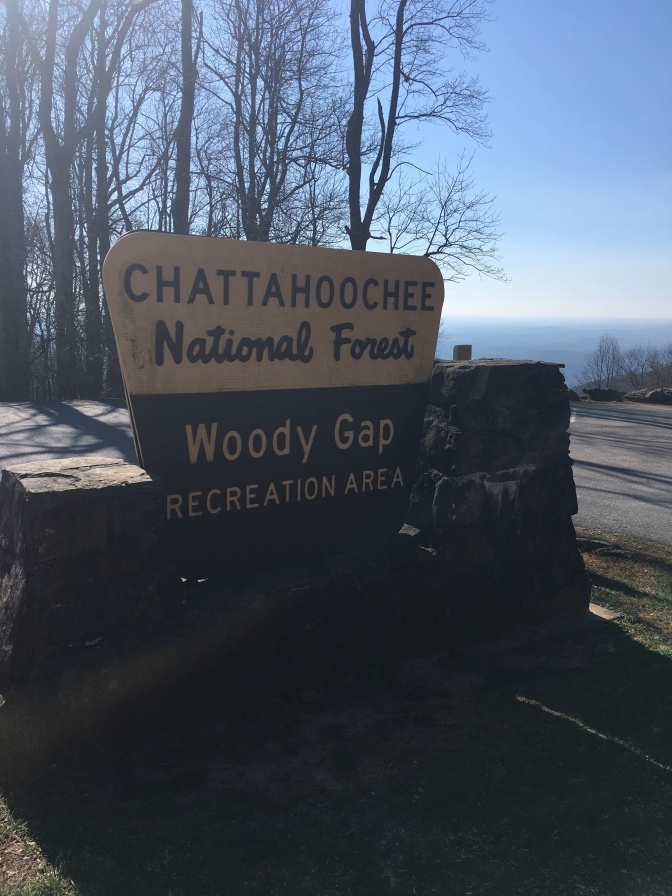 The opportunity to use a real live privy was not missed. Neither was the chance to speak with several curious folks who stopped at the Gap in their cars. Responses ranged from fascination to “have you lost your ever loving mind?”. I smiled. I actually wasn’t quite sure.

I had made up my mind. With the weight I didn’t think I could make it the 14.5 miles without landing in bear territory. There was surely some bear out there interested in my tuna packs. 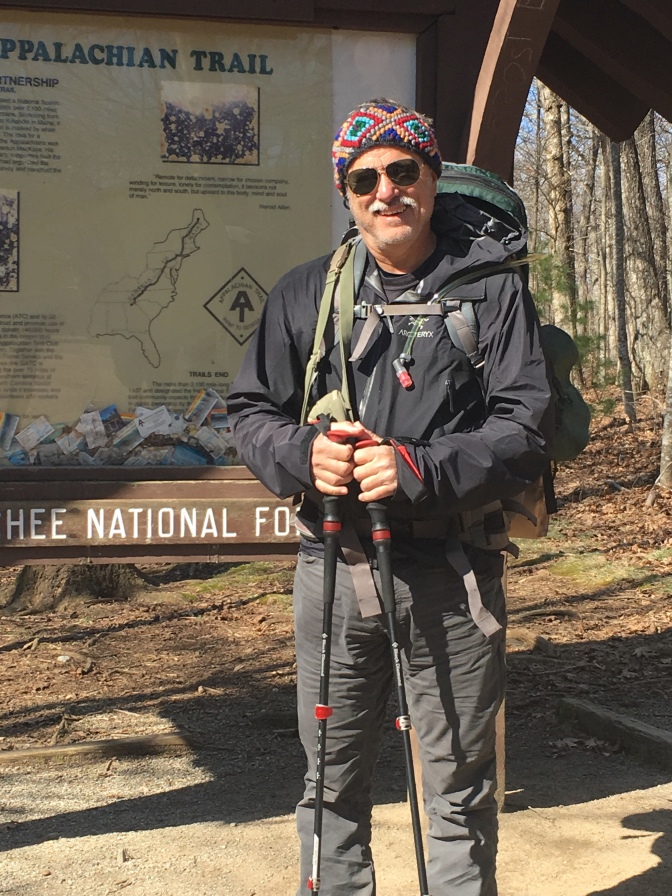 I found Logan for a brief moment but then lost him. It was actually a good day in that I was passed by one and passed seven. By two thirty I was at Jarrard Gap. Right on the cusp of whether I could make it into Neels Gap. I was tired and in between was Blood Mountain. It’s got that name for good reason. I’d leave that for tomorrow.

I set up my tent s d was soon joined by Beth from Saint Louis whose husband thinks she’s on some kind of suicide mission. Also Erin was there…. a young lady whose pack was as big as her and appeared to contain Martha Stewart’s kitchen.

Finally one more couple came in with their service dog Steve. I didn’t see the need for a service dog but it’s the only way to get a dog through the Smokies. I helped them get a fire going and discovered that they were from Greenville and that he worked at Christ Church as a maintenance man. He also liked to wear only a T-shirt in frigid temperatures. It was time to go to bed. Logan’s location was unknown and the next day promised the challenge of Blood Mountain and arrival at Neels Gap.