The promise of a new day brought a weather forecast of sun throughout the day with warmer temperatures. We lined up a shuttle with Angels Shuttle and by 07:30 we were on the way up the mountain from Gatlinburg. My belly was filled with a fried Balogna sandwich on white with mayo. It was the breakfast of champions. As we progressed up the mountain…. it began …… to …. rain….. and then….. the ….. winds came. By the time we arrived At Newfound Gap we were in the same weather we had left. Out came the rain jackets…. out came the gloves. We were soon wearing the same clothes that we had been wearing several days before.

It didn’t matter. It was what it was. We had a 1,000 foot + Climb to begin the day with. The three of us began the ascent. Two young ladies dressed in short running shorts ran up the trail about 50 feet, turned squealing, and ran back to their car never to be seen again. I didn’t think we looked that bad. After all we had all showered.

As we climbed we passed a day hiker named Scott. He comes here twice a year to hike while his wife stays in Gatlinburg. I discovered that he was s police officer the the City of Nashville. After eleven years on the street he has become a SRO (School Resource Officer) and loves it. We talked about the steps made to protect the students post Columbine since we had both been involved in our own areas.

Scott from Nashville with Silver who was proud to be standing next to a sign that said Sweat Heifer.

Small things peak your interest out here especially when you can only see your feet. As Scott and I talked Silver moved on never to be seen again that day. At Boulevard Trail leading to Mt Leconte turned off Scott left me . I hiked several miles alone and then ran into Maverick the retired military guy.

Maverick and I had similar military experiences although in different theaters. After several miles he opted to stop at a shelter. He is now living In Tampa and is most baffled by the number of people who are throwing their lives away. He’s most frustrated that he just finished serving in the military 21 years so that they would be assured the right to be dumb. I felt his pain. 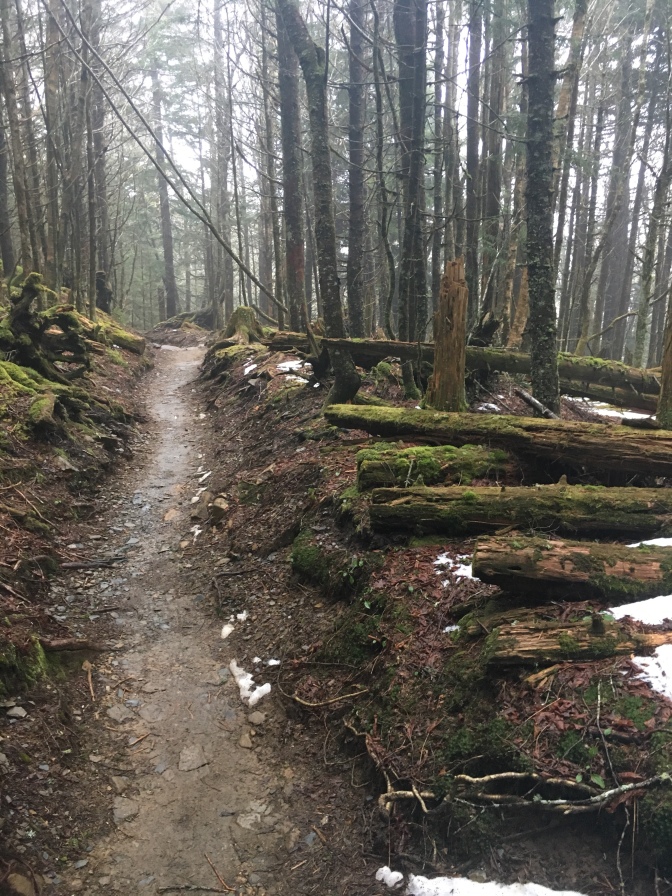 The result of conversation with Scott and Maverick resulted in me being hopelessly behind Silver and No Name. I had been passed by Honey Bear, Subman, and Granite Man. This Defib needed shocking. A young lady passed me on the trail as I was eating M & M’s. I had dropped one. “You know,” she injected, “you can still eat that. 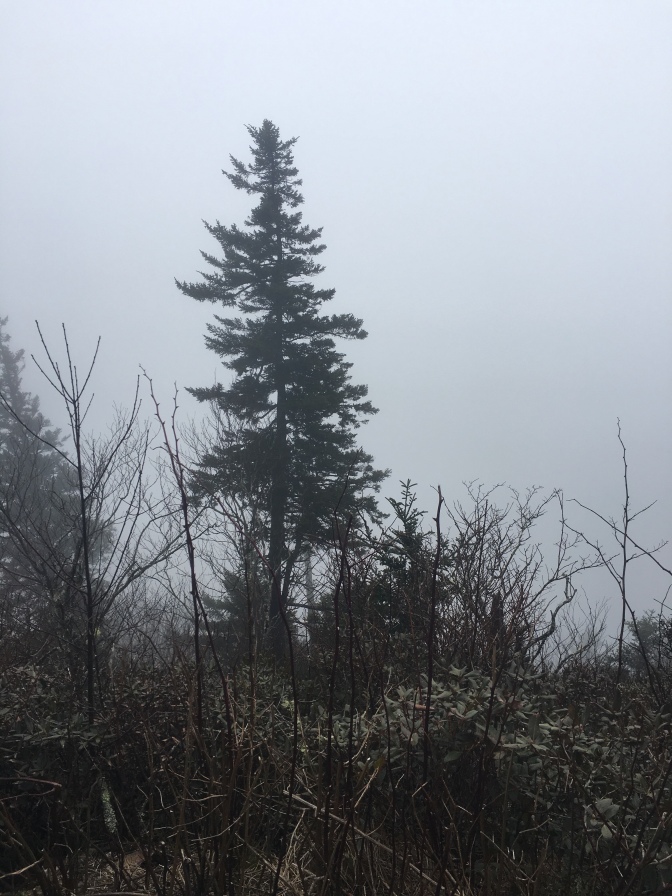 “I fully intend to.” I replied. ” Let no morsel of food go uningested. The stray M & M was quickly retrieved and downed.

Fatigue was catching up to me. The day was once again cold, windy and wet. We were in danger of allowing people from all over this country and the world hike through the Smokies and never see it’s beauty.

I finally made it to the shelter. Somehow three more came in behind me. Dinner was made and names exchanged. New faces: Subman had begun January 20th, Maverick February, Honey Bear March 10th. granite man March 8th. England and Scotland in February.

By now we were learning our new bunk mates. The faces change. River Guide a Vietnam veteran. Quiet and shy M& M girl turned out to be Headwig. She is now a fellow hiker.

I don’t know if I will be able to keep tomorrow’s pace. The others that have joined are all fast. I’ll be behind soon but before that I’ll just enjoy the ability to “hike on”