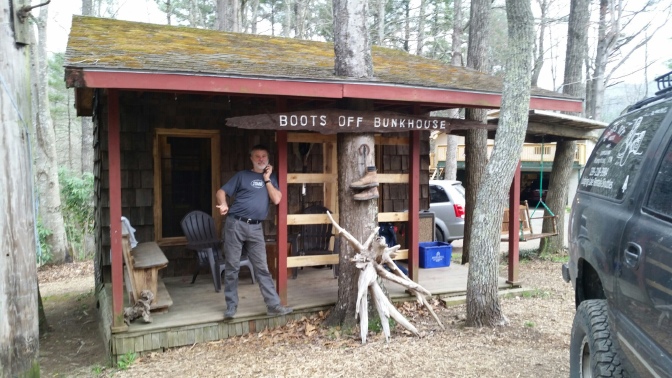 The next morning I managed to hobble over to Huck and Ray’s tent. I told them I had decided to bail for rehab. They had decided to hike the rest of the 21 miles in order to avoid the upcoming storm. The report of rain/snow kept moving to an earlier time. In a few moments they were gone. I finished packing and began to work my way back to the trail. The effort was intense. Just before I got to the road I came upon Old Man. He was about slack pack the section I was finishing backwards.

I walked up to Boots Off. They had a bunk available. At least I had a place to stay. A borrowed phone later I found Ron Aubert. Hours later he arrived and we drove to Johnson City. I soon had a new phone and was back in touch with the world.

Now I was ready to concentrate on rehab. So that is where I am. An attempt to heal and get back on the trail. 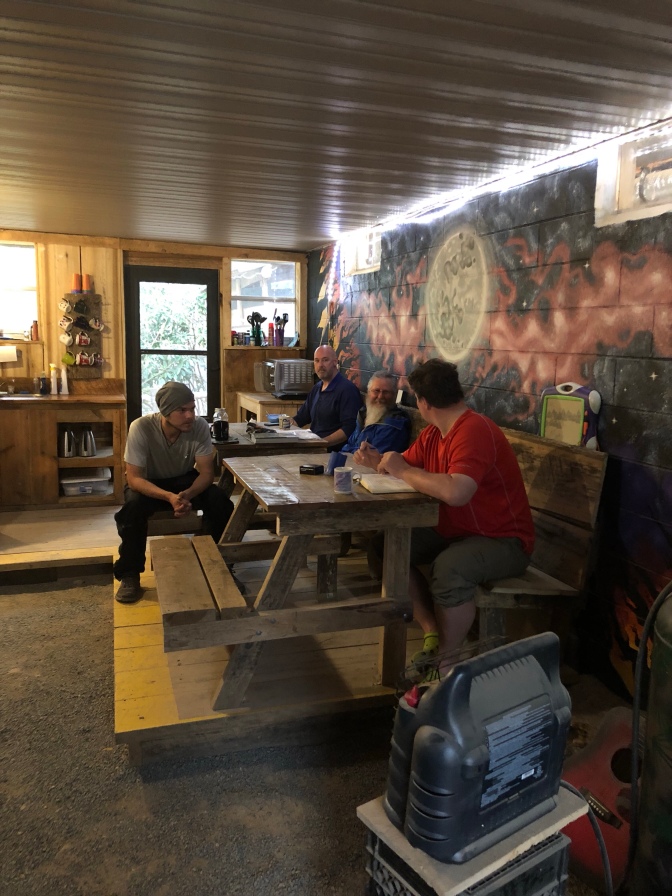 Ron to the Rescue