Tinkerbell from the Black Forest of Germany

We spent the night listening to the howling wind. For once I was more than thankful that I had managed to get a spot in the shelter. Tinkerbell had arrived last and set up in front of the shelter which afforded him some protection. The section hikers from Charlotte were not so lucky. Their choice of setting up on the top of the cliff behind the shelter proved to be costly. During the night we heard yelling behind us as the winds wrecked havoc with their tents. When morning came they were gone. I didn’t think to look over the cliff so hopefully they hiked on out to the road twelve miles away. 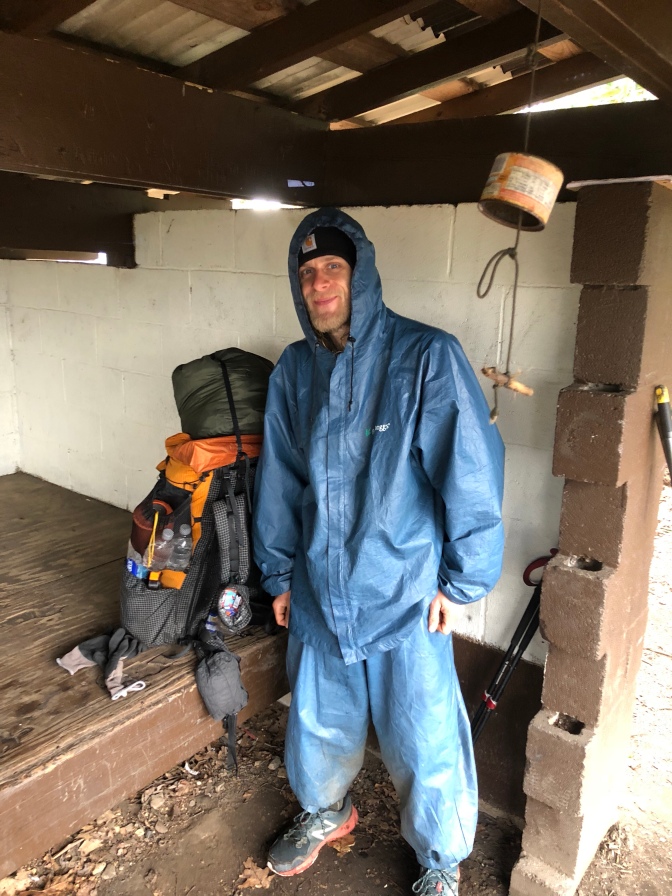 No Dose from Connecticut

As for me I knew that I was going to have to rehab again. It was the last thing I wanted but I was having to break this 21 mile section into three parts. My knee was not going to heal this way. Tinkerbell and the others left early and I remained wondering what to do. The percent chance of rain was 100%. Plus the wind. As I lay there No Dose showed up and offered me a bit of smoky refreshment. I politely declined but soon found myself enveloped in the familiar aroma. It was enough to drive me out of the shelter. Besides….. the percent chance of rain had dropped from 100 to 30. It had not rained. I took off my rain gear and pack cover off and began the hike. A half mile later it was pouring. 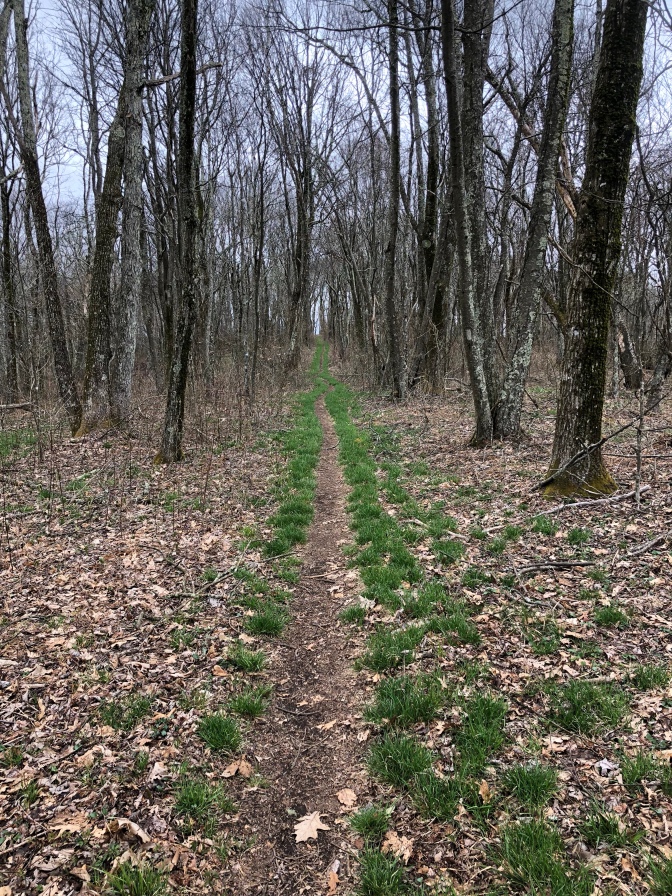 A Trail to Limp Upon

These trails can look so innocent and yet they remain wolves in sheep clothing. By now I was struggling so I called Jan and asked her to meet me at TU 91. It was time for another rehab…… this time until I had no discomfort. Along the way I came upon Timeless. I had not seen him since he was with 87 year old Pappy way back at Siler Bald near Franklin. He said that Pappy had fallen near Hot Springs. After some discussion Pappy told him to go on so he could finish. He thought Pappy was still hiking but was now somewhere near Erwin, Tennessee. 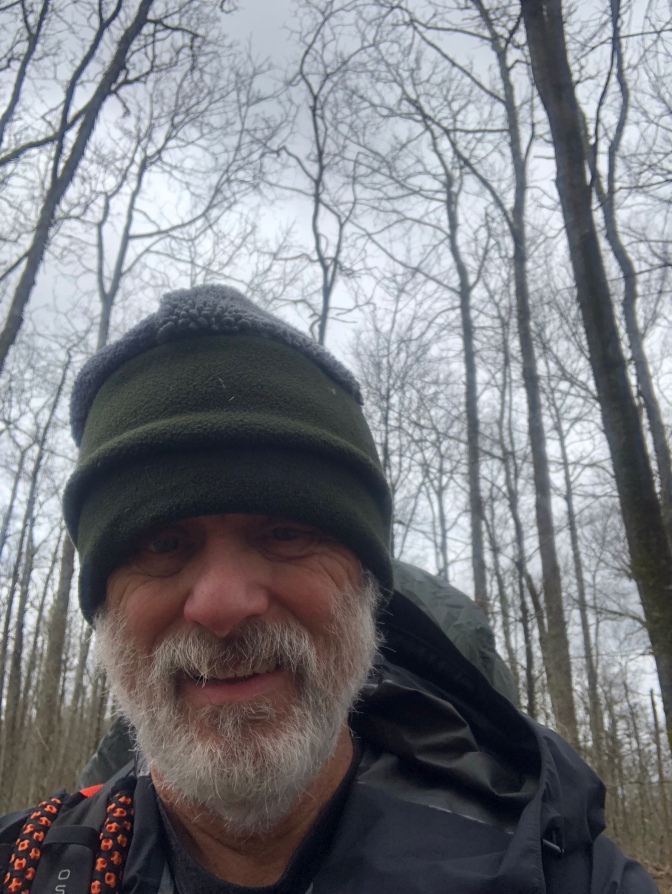 Summer Will Never Get Here

So I am going to have to rehab once again. It’s a thought that I hate but if I hope to finish I need to do it. There are many who are just beginning this adventure and I’m fortunate enough to be 457 miles into it. When I arrived at Iron Mountain Shelter I ran into Bluegrass a hiker who had started a day before me. I was still with people in my bubble in spite of the days I’ve lost due to injury and weather. All I’ve got to do is get rid of a little pain and walk another 1,742 miles. Piece of cake.

There will be a slight delay in ‘hike on’ as soon as I can work my way out of this forest.