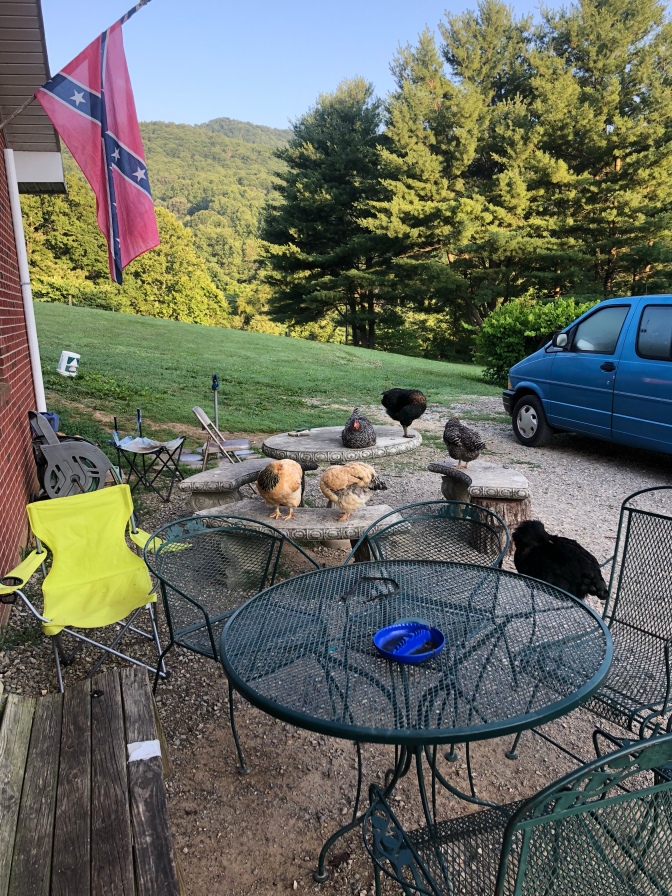 With This Hostel You Get Chickens

The Four Pines Hostel is a donation Hostel….they charge no fee but do have a donation box. For that donation you get a bunk, a shower, a real commode, popsicles, cold drinks, laundry, a shuttle to a restaurant and a convenience store, two cats, two dogs, multiple guineas, chickens, a sex starved rooster (named by Jed) Alarm Clock and many hiker friends. Joe the owner will also loan you (if he thinks that you are trustworthy) his van to get resupplied. 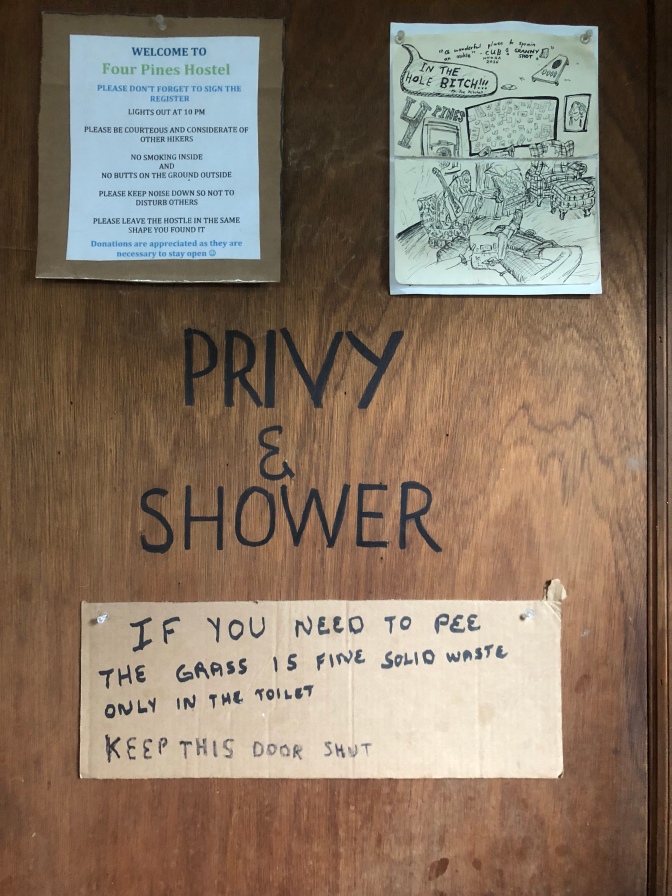 The Rules of the House

The rules of the toilet are simple…. the shower also lives behind this door.

Jed and I were sitting under the shade tree talking with Moonpie when we were joined by a hen I named Wonder Chicken and a rooster named Alarm Clock. Jed had bought a convenience store pizza and as I sat there holding the pizza and talking with Moonpie the chicken suddenly jumped up and swiped my slice. In the blink of an eye the thief was hightailing it Northbound and dodging the other hens who were attempting to intercept her. Like a wide receiver after a catch she wove her way through would be tacklers toward the goal.

Jed With His Own Harasser

In the meantime Jed was dealing with Alarm Clock who was obviously embarrassed that one of his women had outdone him. In an act of pure peer pressure he attempted to put a move on Jed but Jed would nothing to do with him. The rooster moved on to his next potential mark. 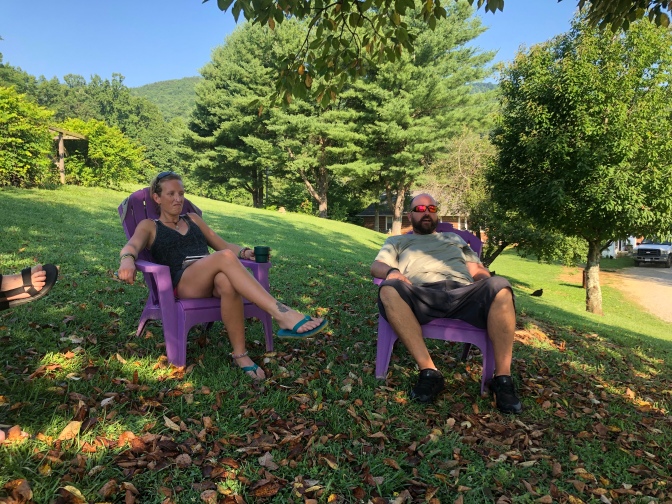 There were about 10 other hikers at the hostel while we were there. Some were well known to us from miles on the trail while others were new having just arrived. The young man Red Eye who just graduated from Penn State and is going to teach in Japan was there. Also Tramp, Lady, Moonpie, Mudbug, Drop and Gemini.

We found ourselves loafing under the shade trees trading stories of the trail. For the most part politics are not part of the conversation or any of the woes of the world.

Even Dogs Become Foot Weary on the Trail

Even dog’s dogs can get dogged on the trail. We can all attest to that by the fact that we all collapse upon our arrival at our selected campsite each evening. I personally pull off my pack, search for a water source, put up my tent, cook and then crawl into my tent simply because my legs and feet are at or beyond their limit.

Even the hiking dogs have camp shoes. I was so jealous of this dog’s post hiking foot ware I went to shoe store and bought me some.

This is the chicken house. It’s so well done you can barely tell that those are real guineas in front of it. 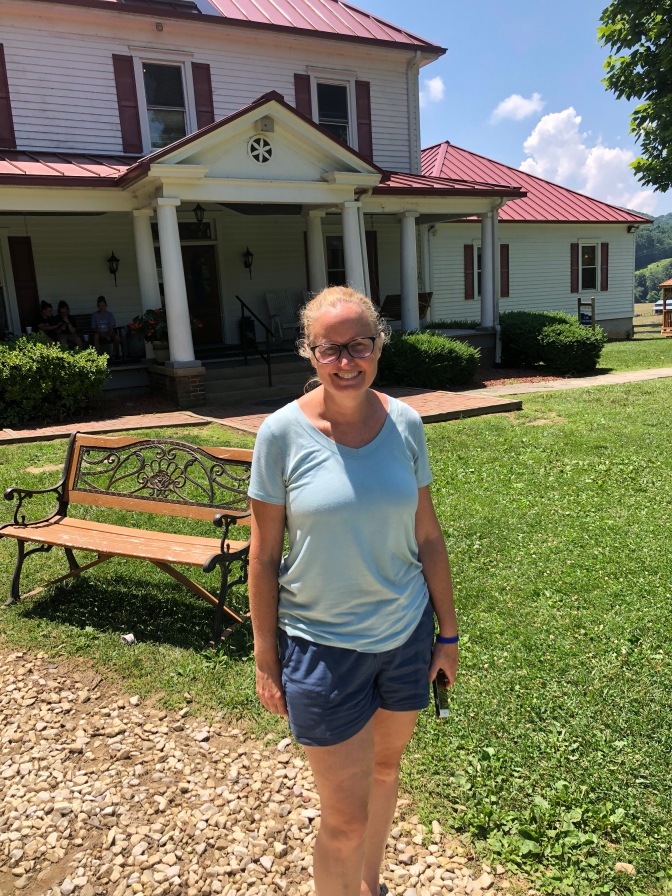 Moonpie at the Homeplace Restaurant

Moonpie is a small business consultant. She is a self-employed business women who helps small businesses grow. She told her clients that she was going on a sabbatical and began hiking the trail. As luck would have it her husband ended up playing in a nearby softball tournament in Salem, Virginia so she was getting off the trail long enough to watch him play.

The Homeplace Restaurant in Catawba, Virginia.

This place gets 5 stars from me. Home cooked food served family style. The home was built in 1907 and sat on 600 acres. The present owners have owned it since the early 80’s and immediately turned it into a class act restaurant. They have reclaimed 150 of the acres. As thru hikers the fact that they will continue to fill the bowls with food as long as you can still swallow is magic. I packed in the vegetables…… and then rolled myself out of the place. Moonpie and Jeb did the same.

Bellies now full we hung out on the grounds taking it all in. Our plans were in place to travel North and it involved a menagerie of different modes of transportation. It would depend on the kindness of folks both from the North and South. We would be at the Northern terminus of the trail and hiking home.

A major change in our journey was in the works….. but……. the premise would remain the same…… we would…… hike on.