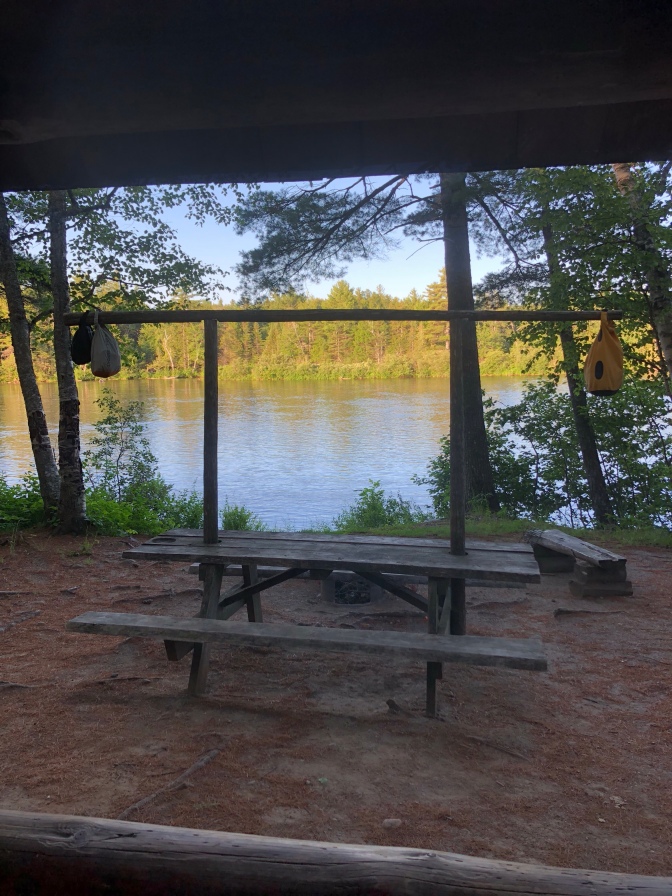 The evening was more than pleasant at Abol Pines Campgrounds. We were camped on the West Branch of the Penobscot River. I won’t say that the rudeness of the store was completely gone from the day before. That kind of thing doesn’t leave you quickly. The short clipped “no” still rang in my ears. Nevertheless I hiked back over to the store to get breakfast. It was the last building for 100 miles so I wanted real food. 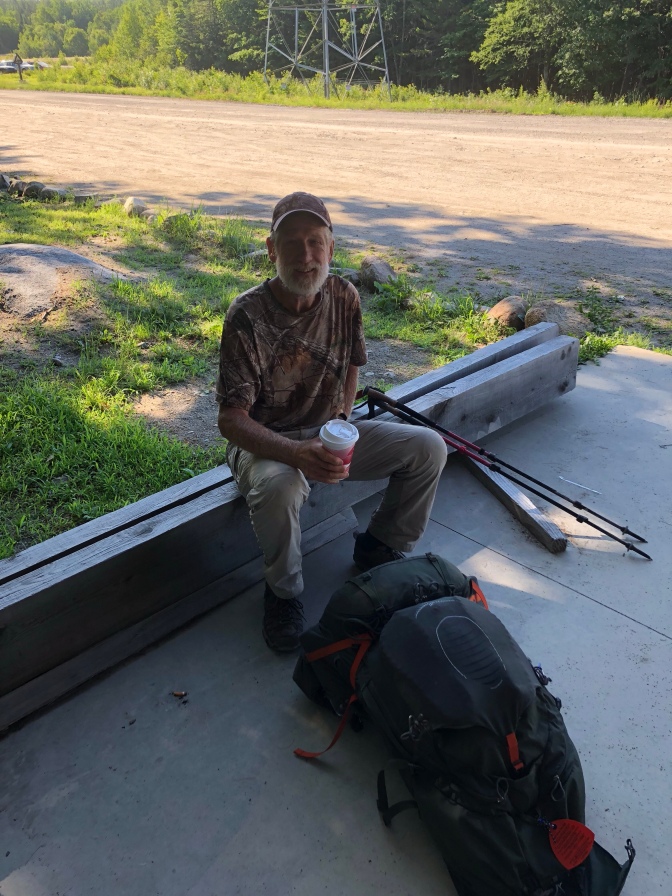 Outside the door I found Camo sitting and awaiting his hiking companion. We spoke for awhile like most people who are roaming aimlessly about these parts. 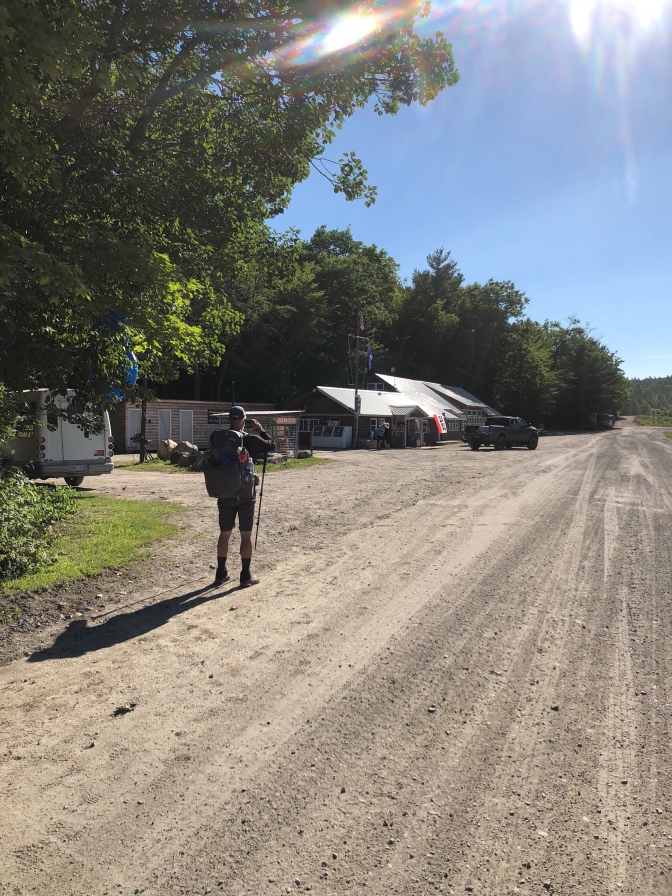 I walked into the restaurant end of the store. A few scattered couples were in there. They were obviously hikers because there were no vehicles in the yard. A slender fellow wearing a white T-shirt and emblazoned with tattoos met me just inside the door.

“Did you camp across the street?”

“Then you can’t eat here. This is for our campers”

“Go into the store, pay $10, and you can come back in here to eat!” His tone reflected talking to inmates on a prison chain gang. I wondered if he was a mass murderer hiding under the guise of a short order cook or an ex con beginning a new life.

When the other couples finished their breakfast each woman thanked him profusely for his overwhelming kindness. I felt like I had entered the wrong theatre within the indoor picture show.

Ridge Shot Back Toward Katahdin

From the store we walked across the bridge over the West Branch of the Penobscot River. Staring back at us was Katahdin. I was extremely glad that it was in our rear view mirror but in front of us across the street we found…… 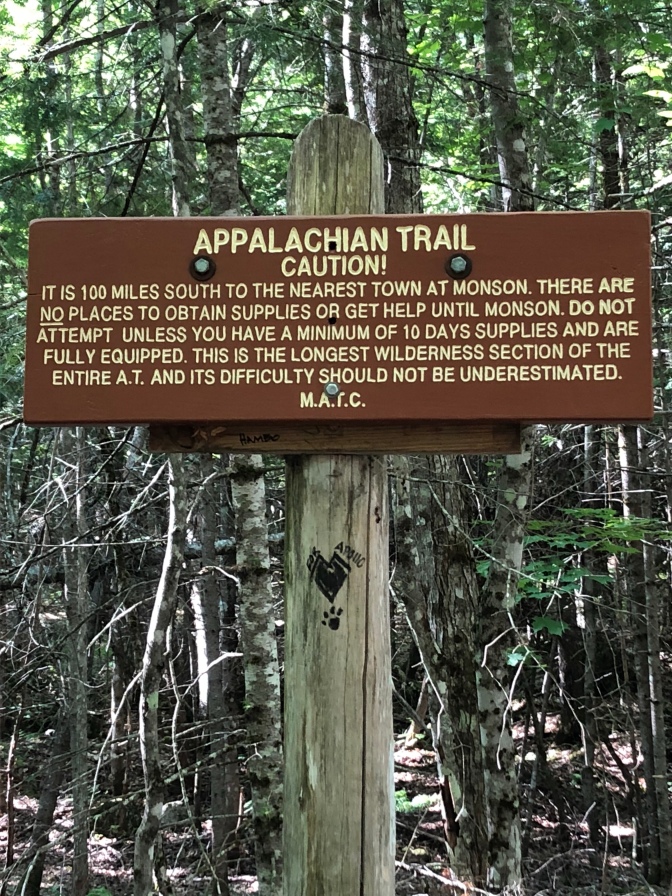 The entrance to the 100 mile wilderness. This seems to be quite descriptive. 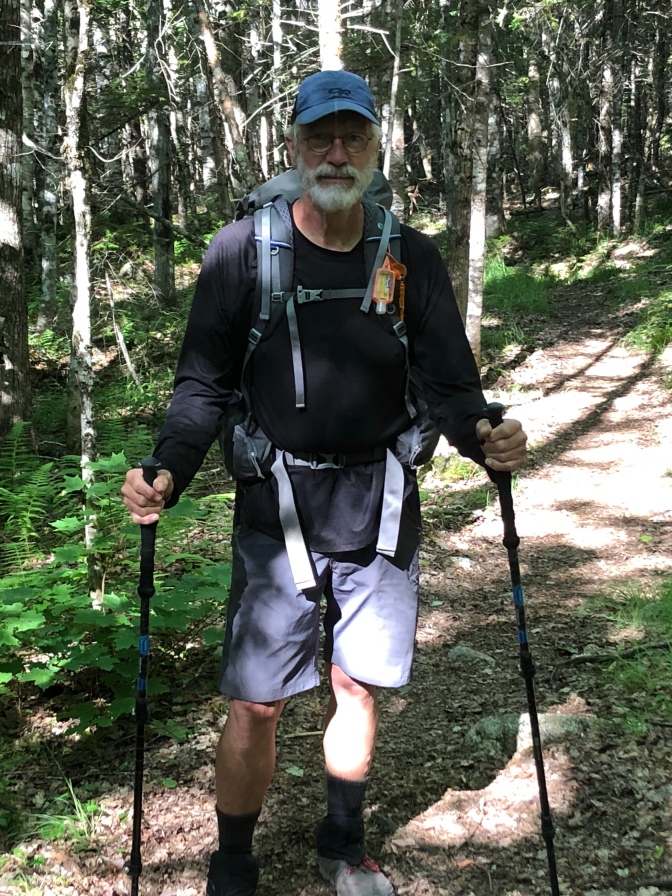 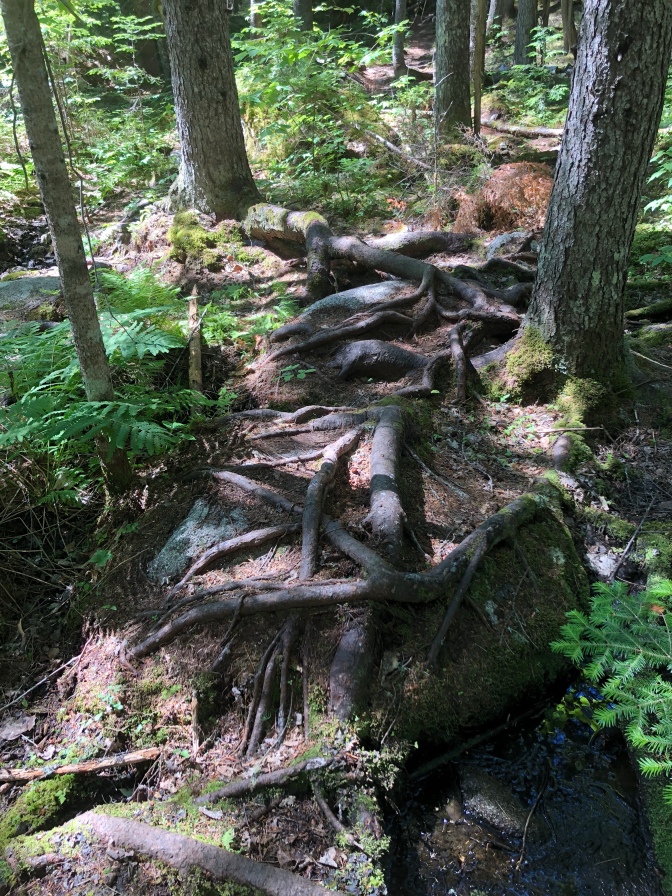 Even the first feet of the Wilderness was difficult. We were meet by an extremely root strewn trail that tested each and every muscle in your legs. I found myself already counting down the mileage. River crossing were beginning to become common and they have not invented the bridge or power out here yet. 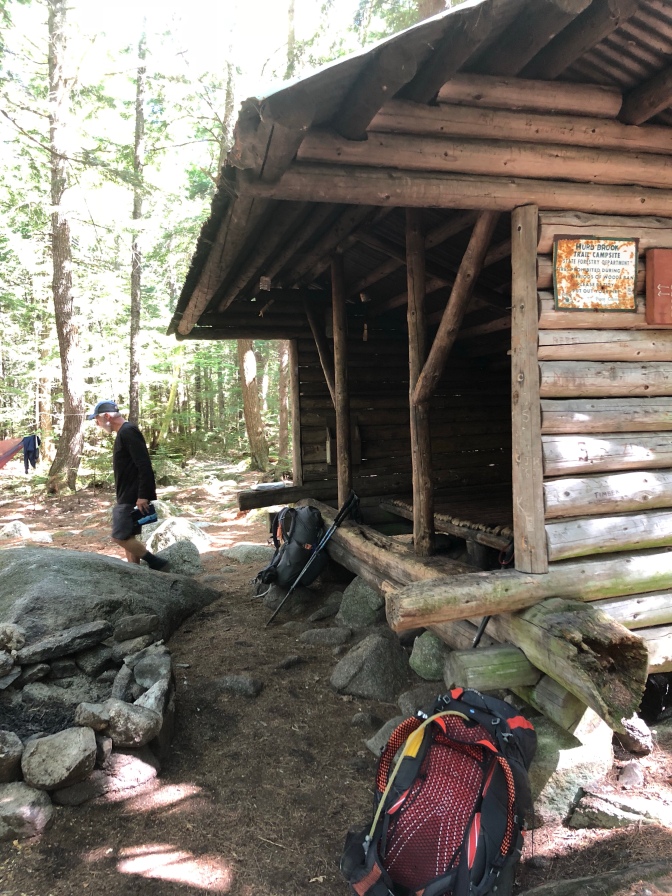 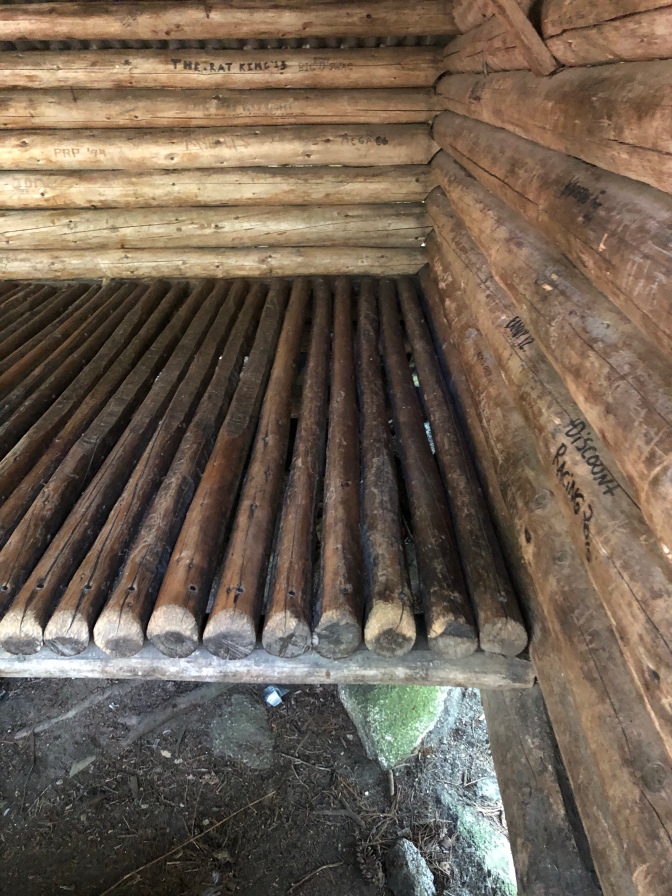 By 10:30 we reached Hurd Beach Shelter which is where Zak, Amie, Alex, Allison and Fallon spent the previous night. This shelter had what they called a baseball bat floor which had to be designed so no one would ever want to sleep in there. 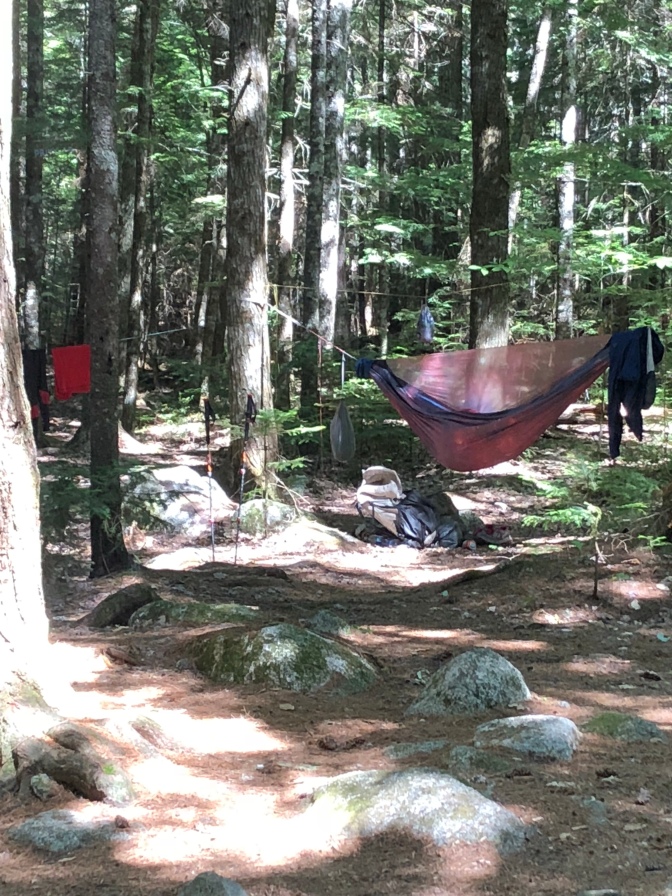 Outside we found Bitcoin’s hammock complete wit Bitcoin. He obviously had not gotten over whatever he was doing the previous evening. We have never seen him since. 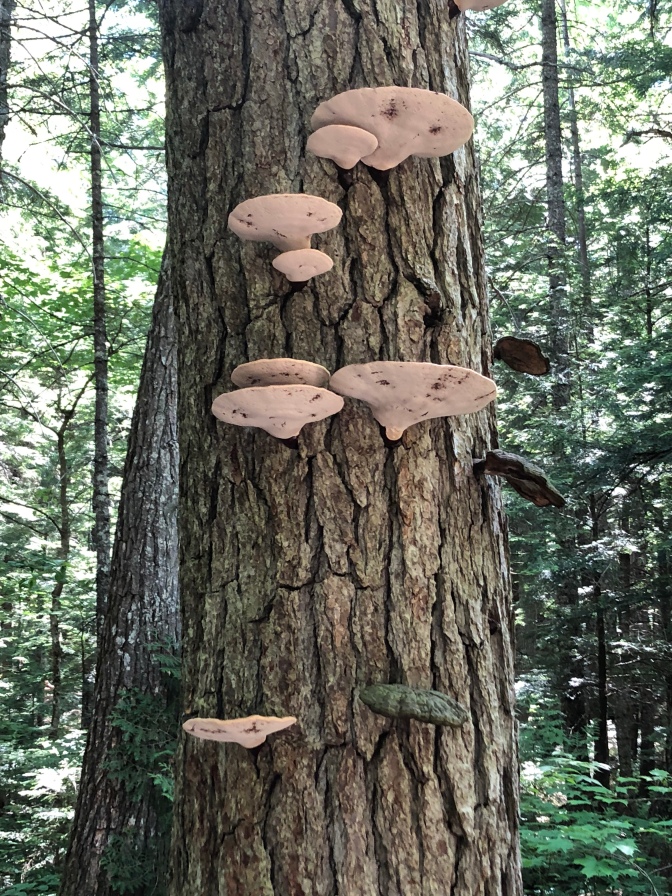 The amazing aspect of nature. 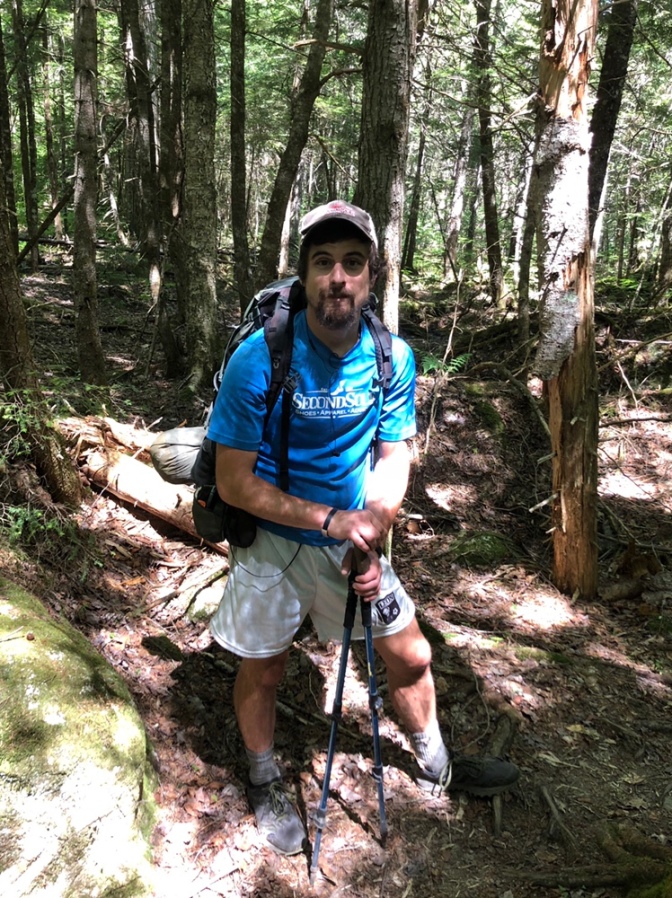 This was Apollo. He said that his fiancé was following along behind. 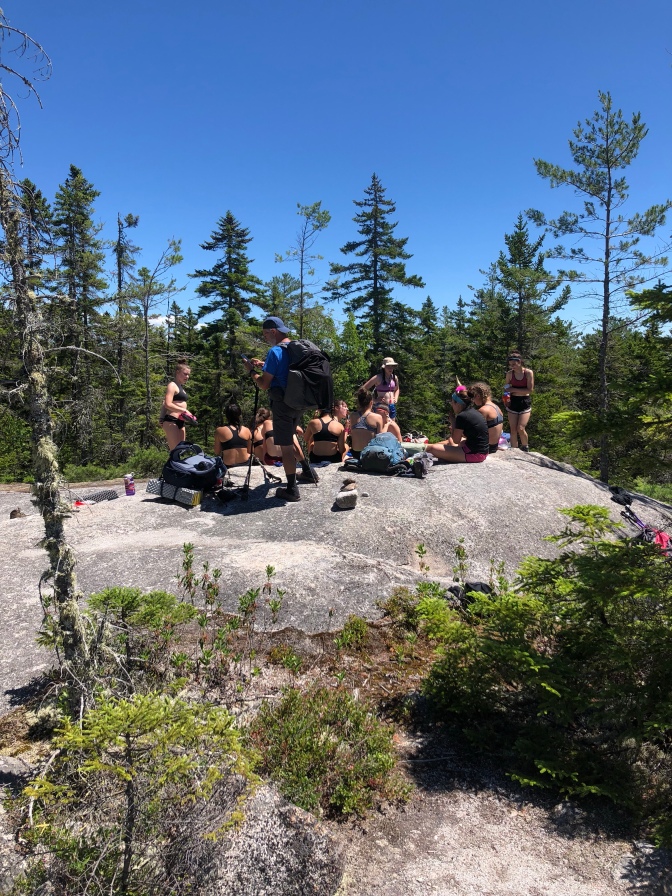 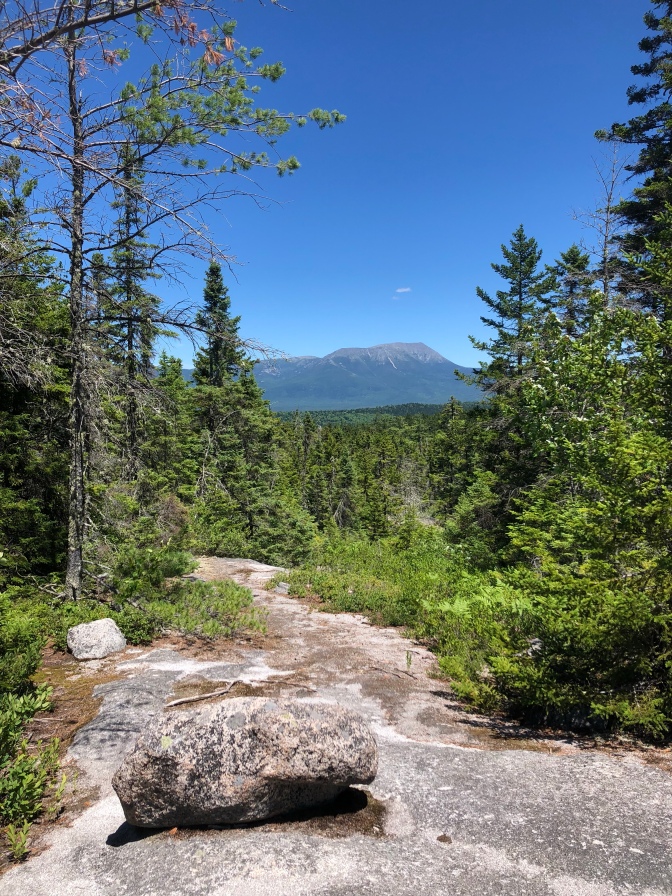 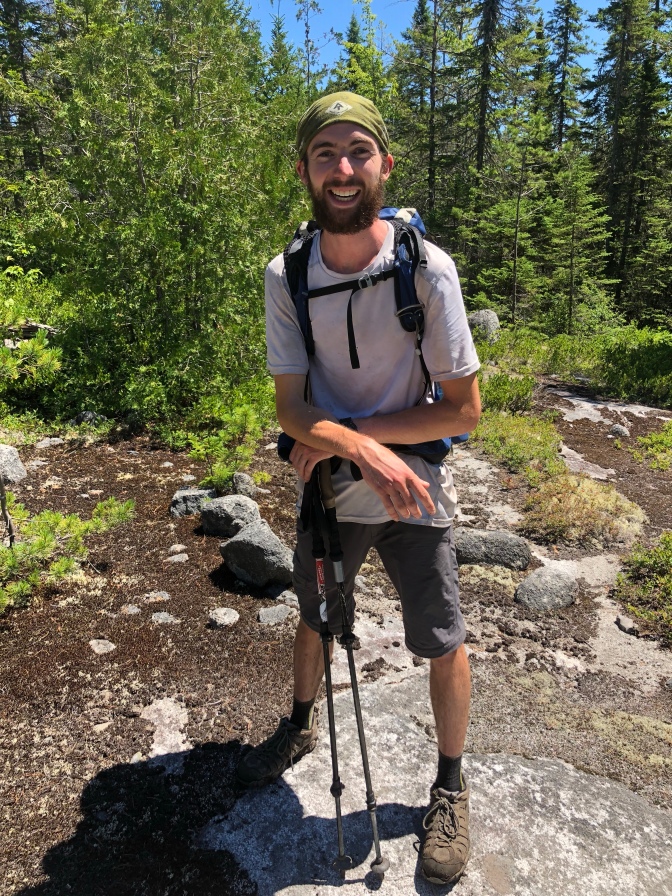 As we were hiking along we suddenly heard laughter ahead. Zak, Alex, Allison , and Amie had found a swimming spot and after clearing it of leeches they made the plunge. They were in the process of drying off when we got there and there was a bit of shivering going on. 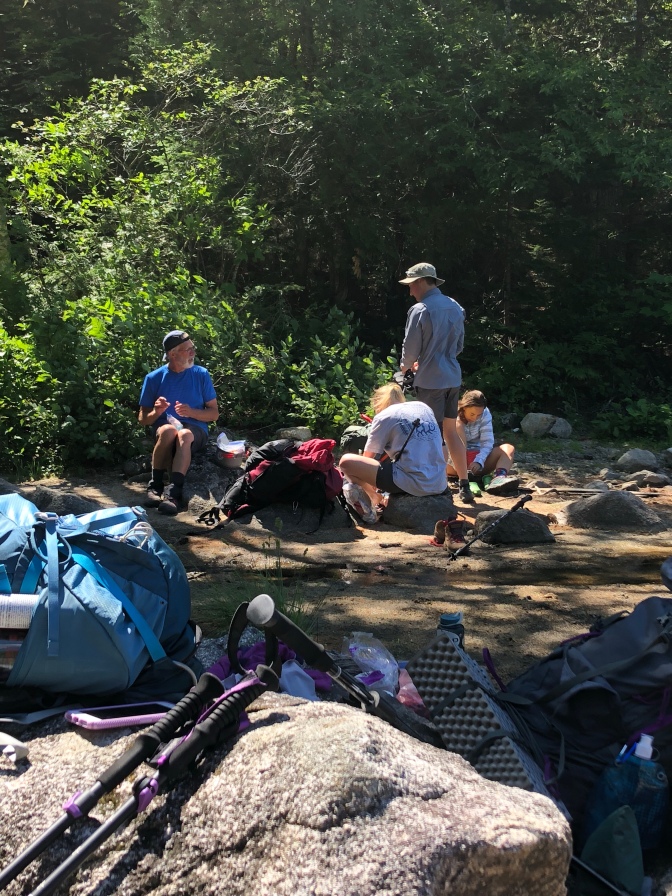 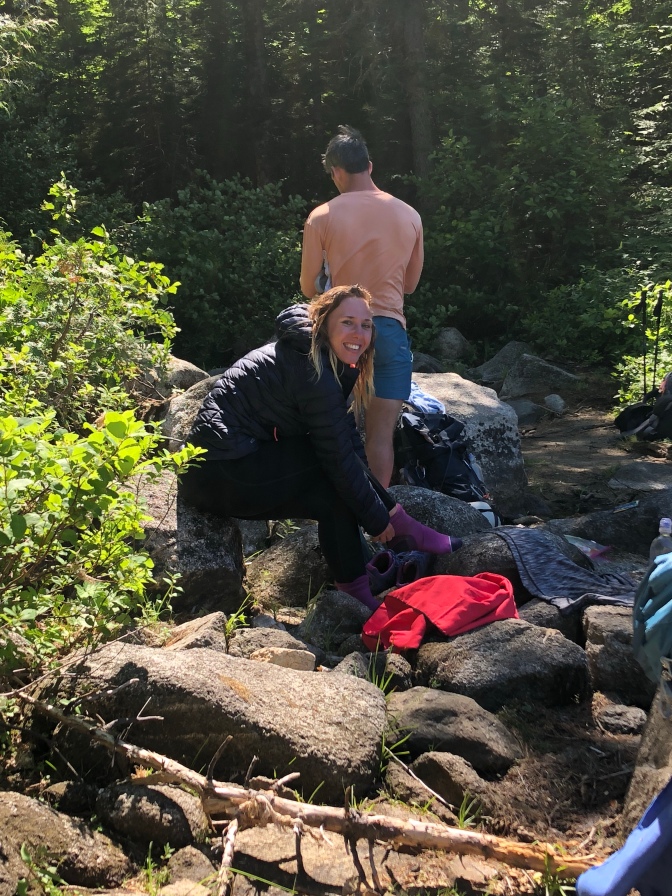 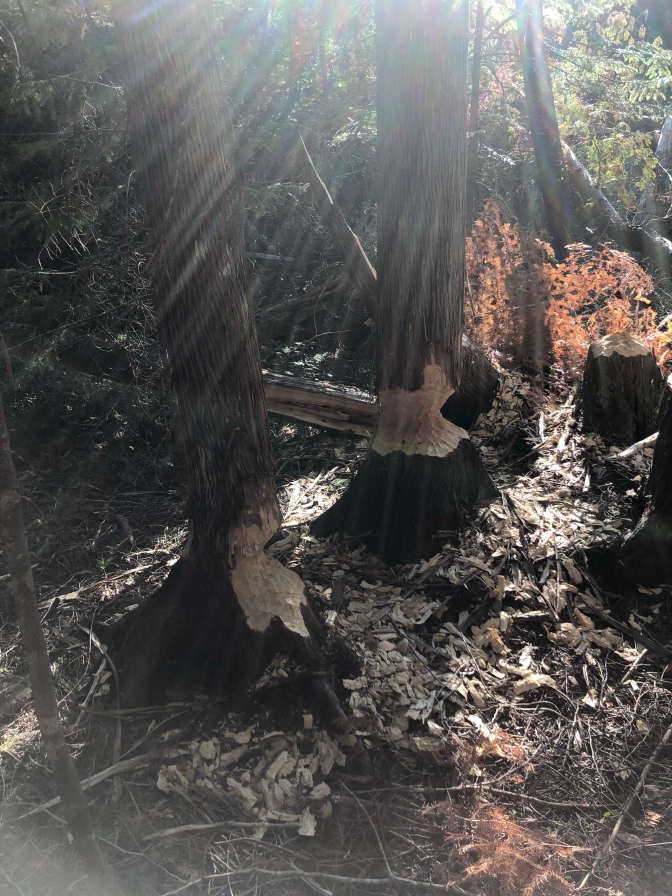 Everywhere beavers are are work making every crossing more of a challenge. 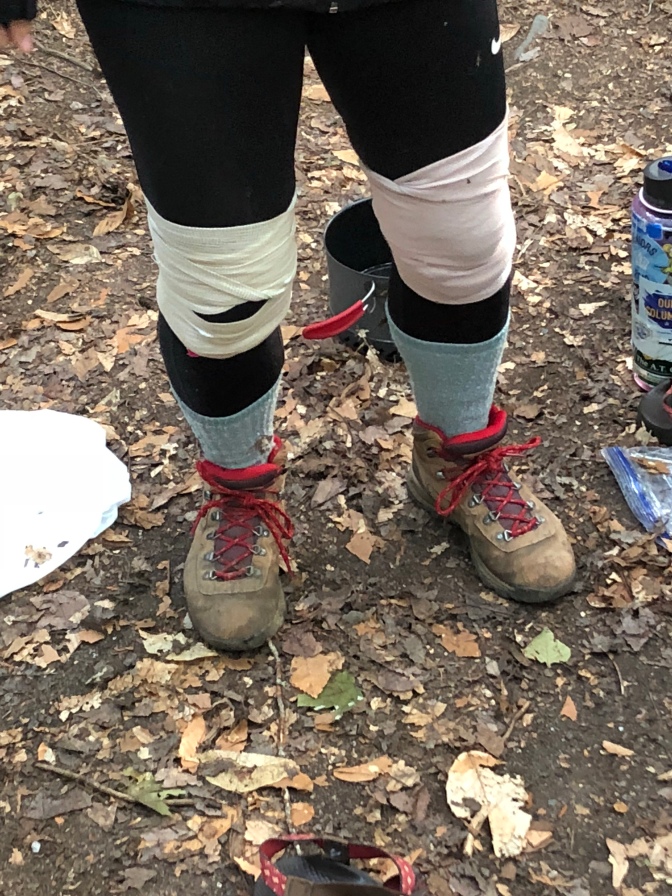 Sometimes staying on the logs and rocks is not possible. Knees are now wrapped and blisters bandaged. 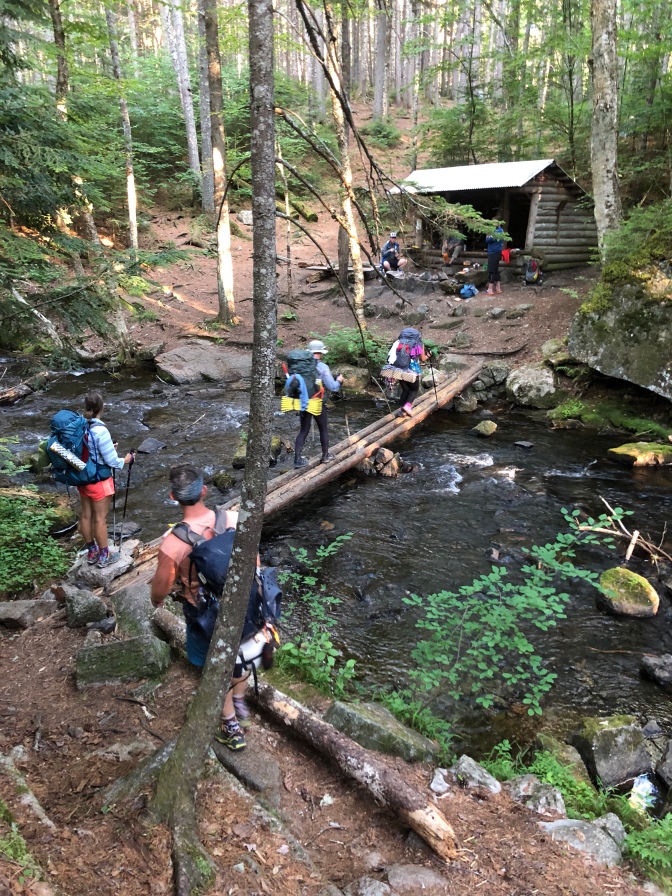 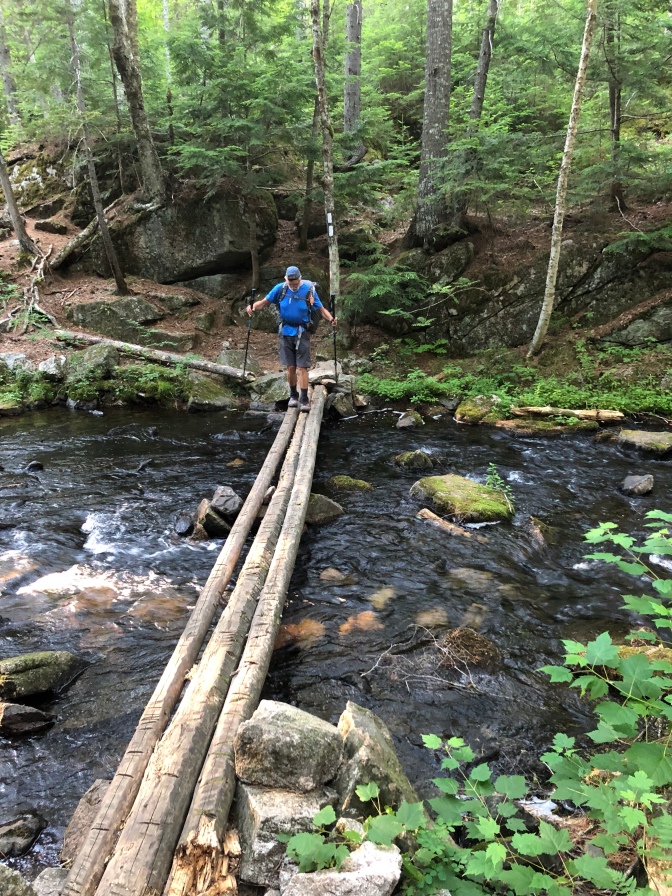 Home For the Evening

Thankfully we all made it into Rainbow Stream Shelter in time to leisurely set up camp. By now our group had grown to Jed, Zak, Alex, Allison, Fallon, and Amie.

I’m going to send this story unfinished. The phone is giving me problems and I’m doing more correcting than writing.