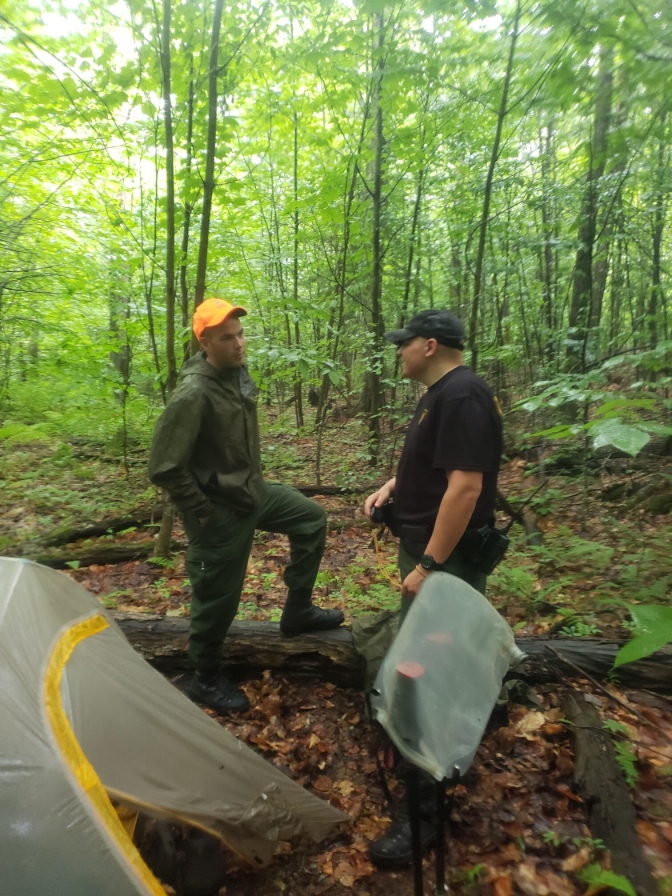 I won’t say it was a long night because, in spite of the rain, I slept most of the way through it. About 0830 the next morning 18 hours had passed and with no change in symptoms. I could not move without massive dizziness so Jed made the call for assistance. The 911 system went into action immediately. An hour and a half later two game wardens appeared with a paramedic and rescue team right behind them.

Let me say from the beginning that I am overjoyed with the treatment I received from every level of care here in Maine. All were ultimate compassionate professionals and I found the care rendered by each of them to be spot on. I now have a diagnosis which I agree with and with it comes a plan to work through this non life threatening condition. I ask if you feel the need to pass along your remedies that you do so quietly on Messenger. In other words I have no desire to make this anything dramatic. I will tell the story and let you know that I have been in capable hands. The combination of their excellent treatment, my low grade experience and the total trust I have in follow up with Bill Chiles back in South Carolina leaves me totally confident that I will be back on the trail when this thing plays itself out.

Preparation to Carry Me Out

I hated that this was happening. I’ve been on the other end of it many times. The truth was there was no way I could get out without their help. The paramedic’s name was Pete and he immediately made a good stick in order to give me fluids. I had already taken something for the expected nausea which never arrived.

From there it was a matter of carrying me out. There is nothing that a Southerner hates more than having a Yankee come South and telling them how they do it back where they came from. (The normal thought is well go back there then). 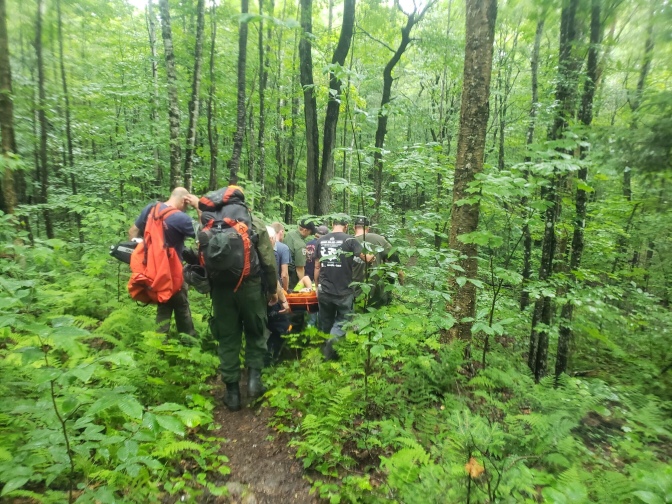 I was determined that I would not be one of those in some type of role reversal. The truth is though they did everything picture perfectly. I was not aware when they crossed the river which had given me fits with a collection of large rocks. Before I knew it we were at the ambulance. I had not moved my head once. There was no way I wanted the dizziness to increase.

Pete had me into the ambulance in a flash and his partner Janice quickly worked me up. Another Zofran for potential nausea/vomiting, a glucose check, a stroke scale test and an EKG already had me knowing that I was just dealing with a form of vertigo. They took my clothes off and wrapped me in a heating blanket. My heart rate was now 52. At first I thought it might be because I was hypothermic. It never went back to my norm of 68. The workout since March has done that for me. At least at this time I have an athlete’s heart! I like it.

I Behaved as a Patient

It was 37 miles to Skowhegan the town with the nearest hospital. Most of it was gravel roads. Pete and I talked as we rode. Life as a paramedic was not much different than what we experienced in South Carolina.

In Time We Arrived at Redington-Fairview Hospital in Skowhegan

The care was immediate and efficient in the ER. Testing proved that my blood work was great. Nothing was out of whack with my electrolytes. I was not dehydrated. An MRI discounted a stroke. Yet the dizziness persisted. 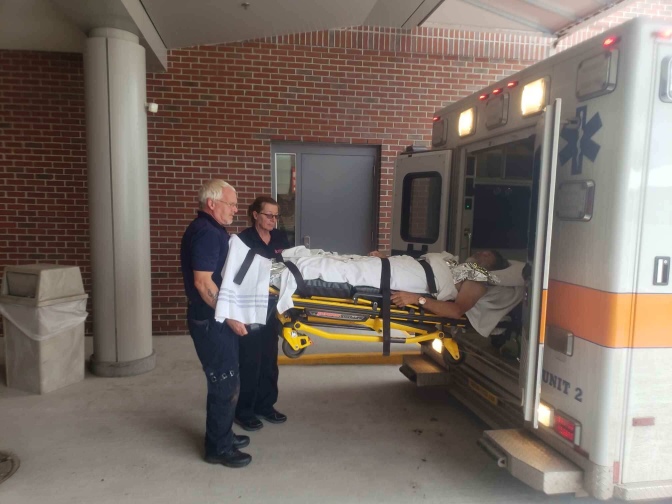 That is how I was admitted. Observation with a diagnosis of vertigo. I will be back on the trail in time. Jed had ridden in the ambulance with me. The hospital folks helped him find a hotel. The evening meal was five star. It proved to be a comfortable but dizzy night with me not allowed out of the bed. I’m really good at using a urinal. Now all I’ve got to do is to learn how to walk in a straight line again.