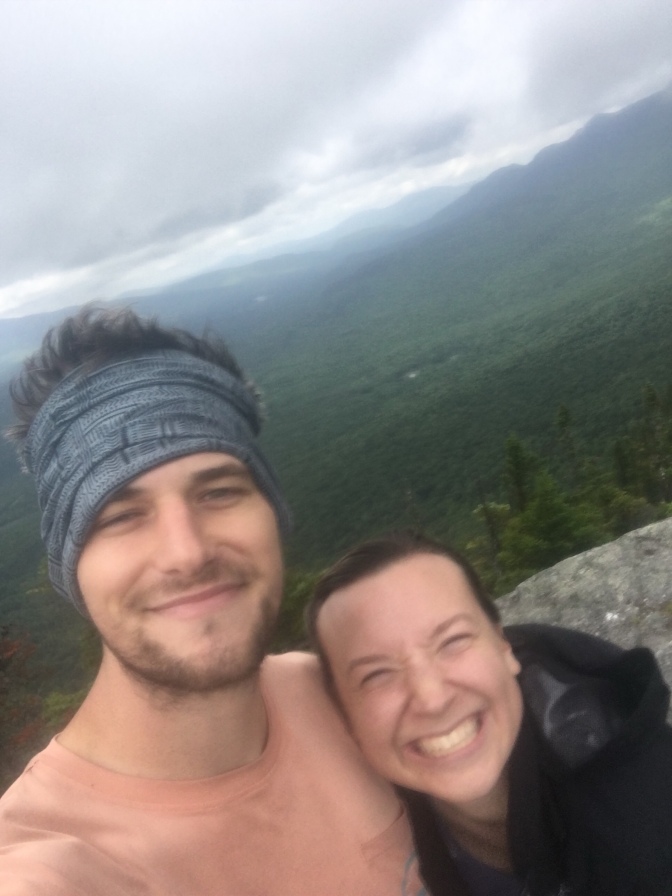 Zak and Helen of Troy Wonder Where We Are

As the other two groups managed to reach certain peaks they could get momentary signals. When they did we managed to get word out that I was now down and out.

I managed to have contact with Little Redcoat, Helen of Troy and Zak all of whom knew our status. It was going to be difficult but they were rapidly moving beyond our reach.

In the meantime my hospital stay became a wait and see game under observation. All tests were done and we just needed improvement. That came slowly but not enough to claim normalcy.

I finally talked with the doctor and we decided that I was going to get discharged. I could just as easily be dizzy in a motel room as a hospital room.

I stayed until about five and then the discharge staff called me a taxi to bring me to the Kyes Motel. Discharge was roundabout as I was wheeled around to say goodbye to those who had helped me.

The taxi ride brought another side of life as I found myself with a kind of friendly, kind of not driver who had very strong opinions about everything.

“It’s a wonder you got out of there alive.” he griped. “Those mother f……….. don’t know nothing. They just care about the money.” I’d heard garbage like that before in our own small hospital. It was the kind of ignorant talk you just have to ignore. I thought of RN Samantha and Kristin and Ashley and Oakley in the Pharmacy and Bobbie the CNA and Dr Eric and all of the folks who had provided excellent care only to have some negative minded soul berate their organization in public.

He took me to the pharmacy at Walgreens. We drove up to the window. The attendant took my prescriptions and said it would be about 20 minuets while they processed the order. I told them that the hospital told me that it was already processed.

“Well that sure the H…. didn’t happen. There is no way they managed to pull that off!” growled the driver. Within a minute the attendant returned with the meds. “Thy sure did do that. That will be $6.74.” I smiled inwardly……. victory for the good guys. The driver just said, “well I’ll be”. The attendant said “Thank you very much” unaware that she had been involved in the subplot of a B grade movie.

It was off to Kyes Motel about a mile away. Nice enough….. clean….. old….. garden well maintained but water gutters hanging loose from the frontal porch. We pulled up to room 4. A family was on our right all smoking. A fellow arrived on the left…. he was smoking. It was OK…. I just needed a bed that would contain dizziness. The hospital had insisted that I eat before I leave. Jed had organized the room and my equipment. He gave me the lay of the land. This would be home for the evening.