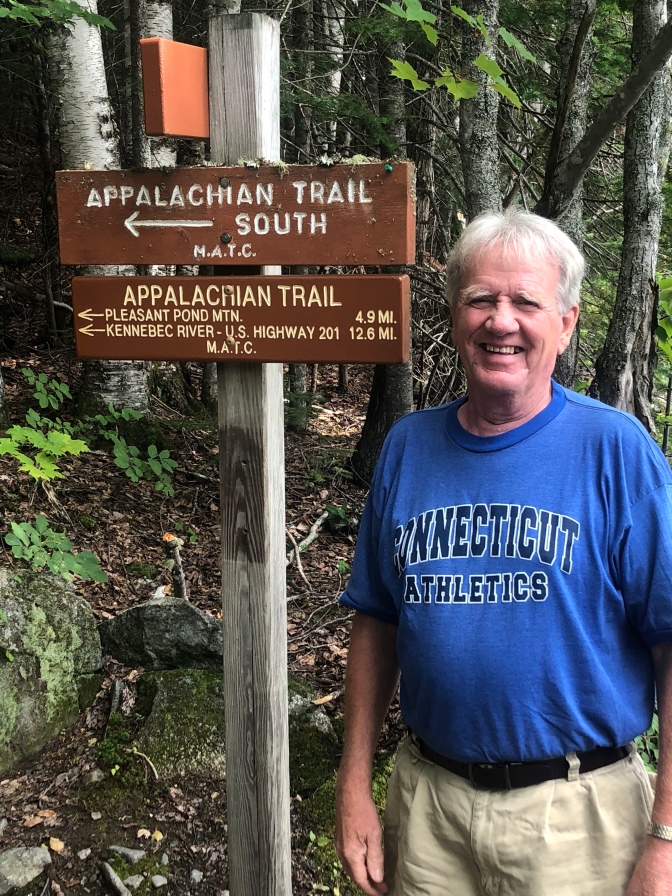 Monday arrived and along with it a planned action day. The hope was that I would be ready to hike. But…….. when I awoke that sensation was still there. The same old imbalance left me walking sideways.

Jed was ready having packed his backpack the night before. Dennis Willette had let us know that by 9 A.M. he would be done with his motel responsibility’s and able to shuttle Jed the 50 miles to the trailhead where I had been extricated from.

I decided to go along for the ride. Within a few miles I had to lay down on the back seat because of dizziness. I listened to Jed and Denny talk as we rode. An hour and a half later we arrived after a very bumpy wilderness drive over gravel roads. It was time for Jed to hike. 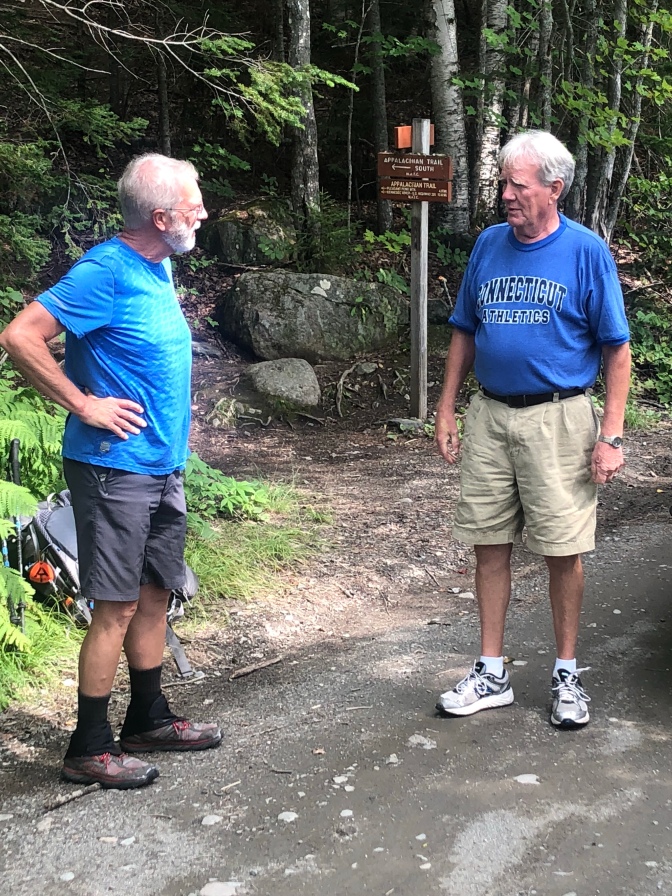 There wasn’t much to say….. it had all been said. We agreed that I would attempt to catch him. One way or another we would see one another again. Within a moment he had his pack on and was hiking SOBO as we drove off.

An hour and a half later we were back at the motel. I began my motel hiking that day. Jed was back on the trail and I was at a motel……. hiking in circles around the buildings. But…….. soon……. I will…… be hiking on…… SOBO.