The arrival at Wilson creek resulted in connections with four new friends. Bear Bait was doing a through hike by flipping like me. He had just begun and had the great advantage of his wife doing the hike with him virtually. Yup she was traveling with him but not hiking. She was staying in Air B & B’s every night. He had to hike 10 miles to meet her and resupply. He is now behind me. 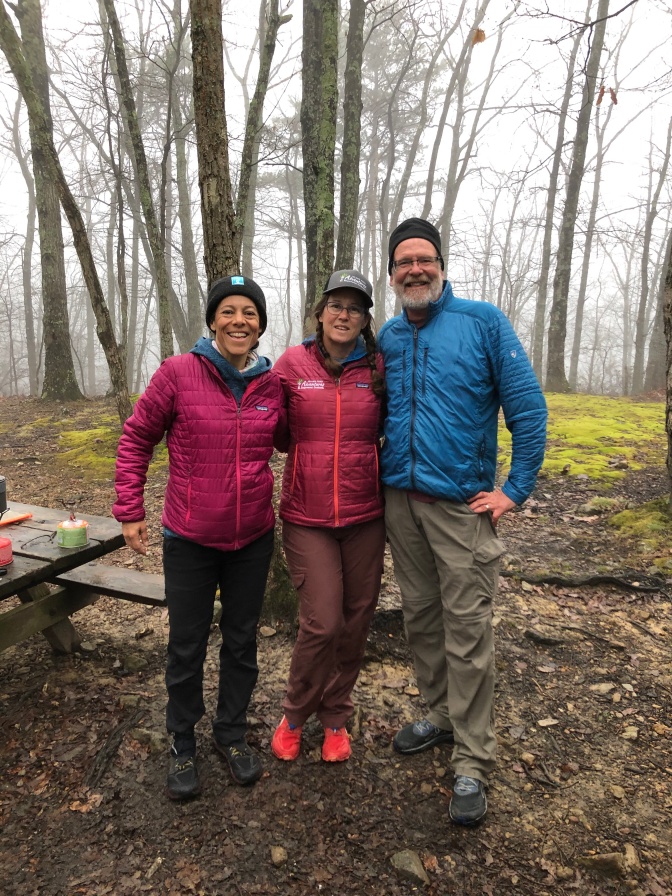 The others were a trio hiking out of Brevard, North Carolina. On the left is Solange who was hiking the number of miles that she has lived. With her was Adventure and her husband Action. Action is a retired professor from Brevard College and Adventure has a business in town. 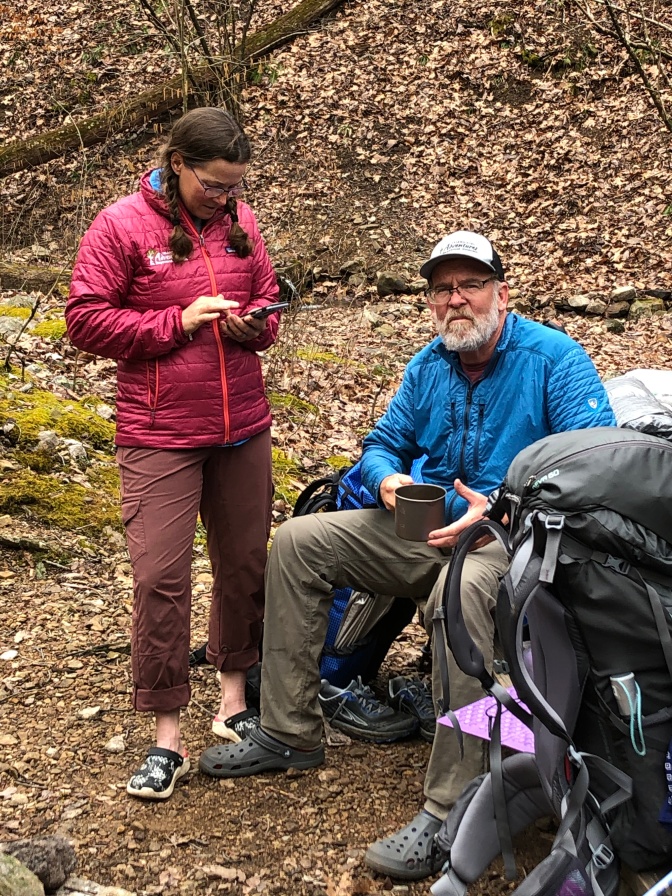 It turns out that Action (Clyde Carter) once lived in Seneca and was involved in scouting. He asked if I knew Jim Farmer. Well heck yeah. We have been harassing each other for many years. As a matter of fact I bought Tory’s pet snake from Jim. Some day I need to find that snake. He got out in the house a few years back. I called Jim and the reunion was on! 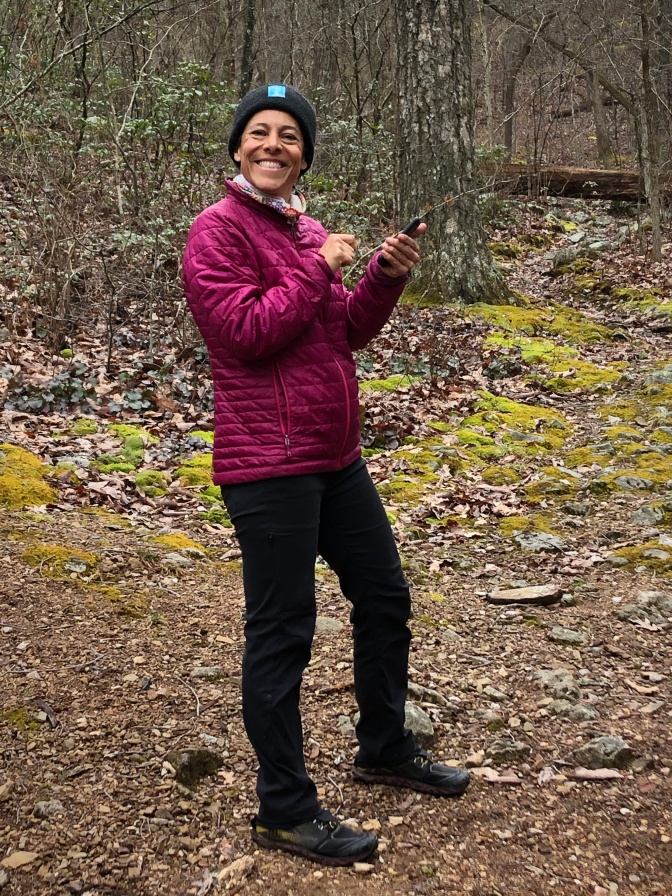 Solange has a three year old son back home waiting for her so she’s going to be done after 50. 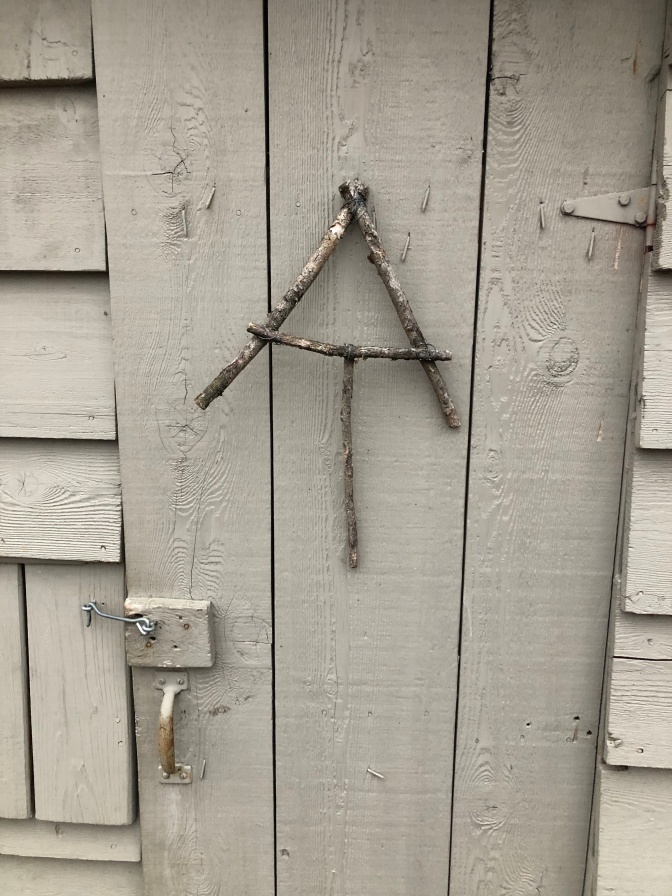 This is one of the prettiest privies that I have ever seen. Notice the care in which the AT logo was made of sticks. Only AT hikers are allowed to sit upon this wooden seat. It was so clean you could have eaten dinner on the seat. 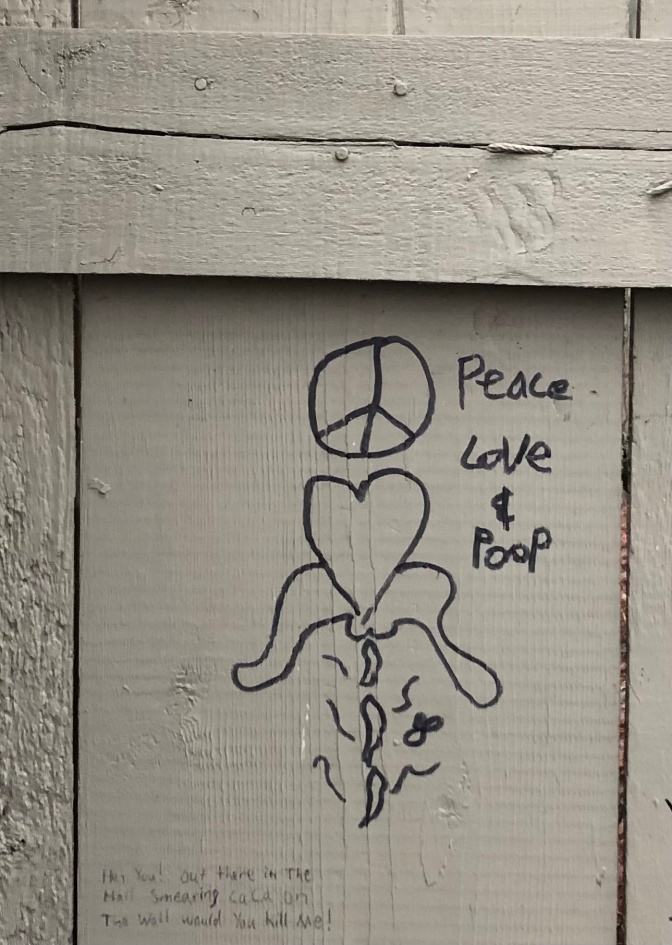 Not only that you can express Plato type sayings like “Peace, Love and Poop”. It’s pretty much back to nature out here. You know…. back to the basics. 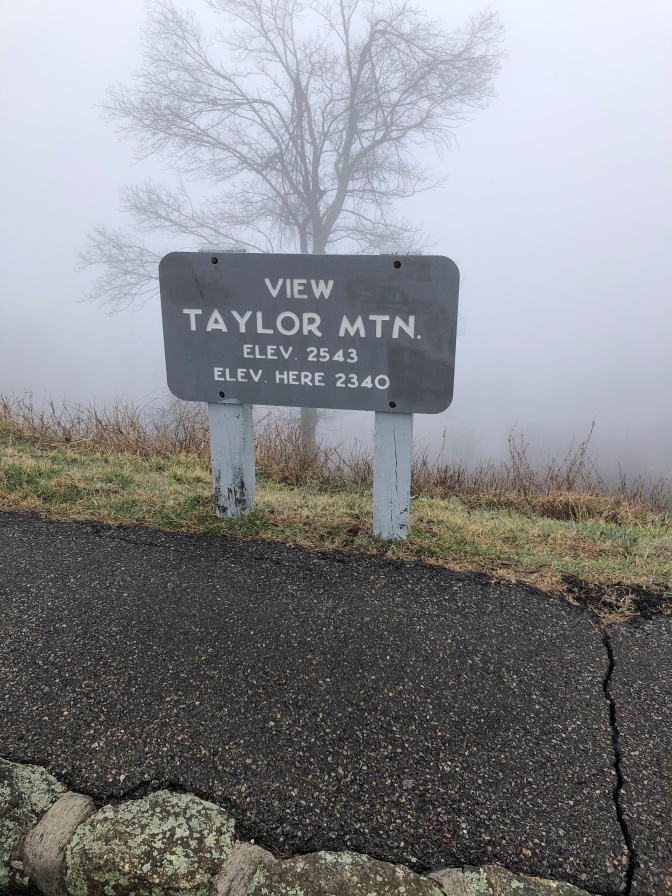 It was, course, still drizzling. I moved out about 30 minutes before them. The views were spectacular as you can see in this picture. Sadly I discovered my first ever litter trash can on the trail here because it was a public overlook. I had placed all of my trash in the very bottom of my bag cuz I knew there would be no place to get rid of it. It still belongs to me! 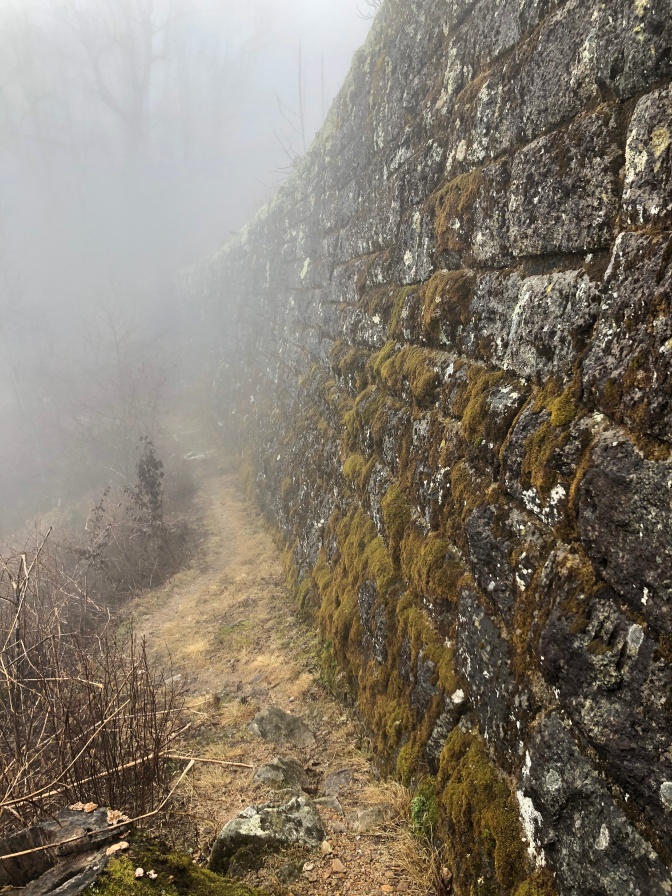 For several miles the trail ran parallel to the Blue Ridge Parkway. It’s not offen that you can see the unbelievable rock work that they did building the road from this vantage point. I had called my brother Scott so Action, Adventure and Solange caught up to me and we had lunch together at the next shelter. They were getting off trail the next day so I moved on because I had quite a haul. 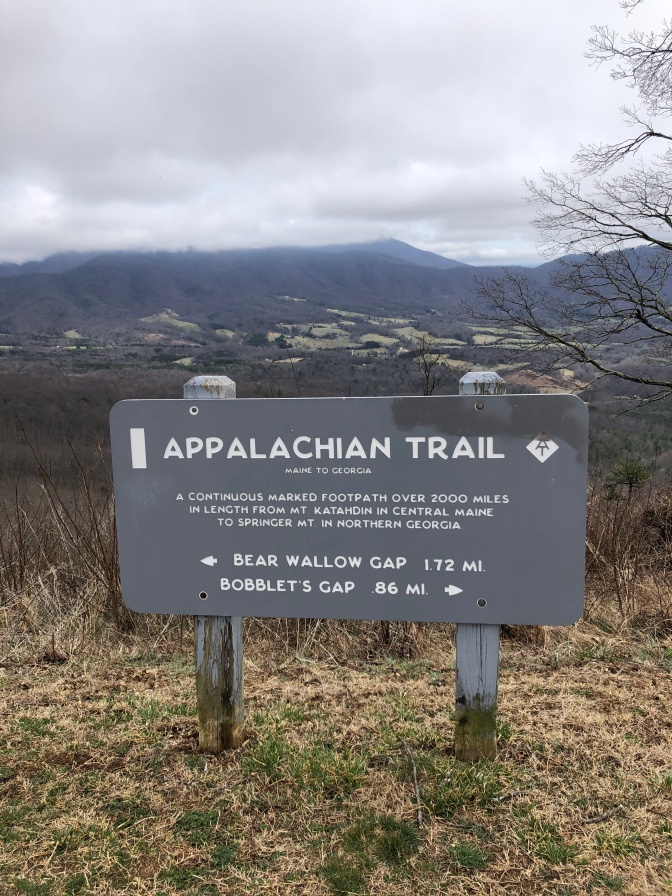 It stopped raining and the sun promised to appear before the day was done. The trail finally meandered away from the Blue Ridge Parkway and as I sat on a log talking to Jan a through hiker named Smooth Chain came roaring past. He had begun his hike on 1 January 2021. He said that he was having bouts of vertigo on the trail. My prayers went out to him! 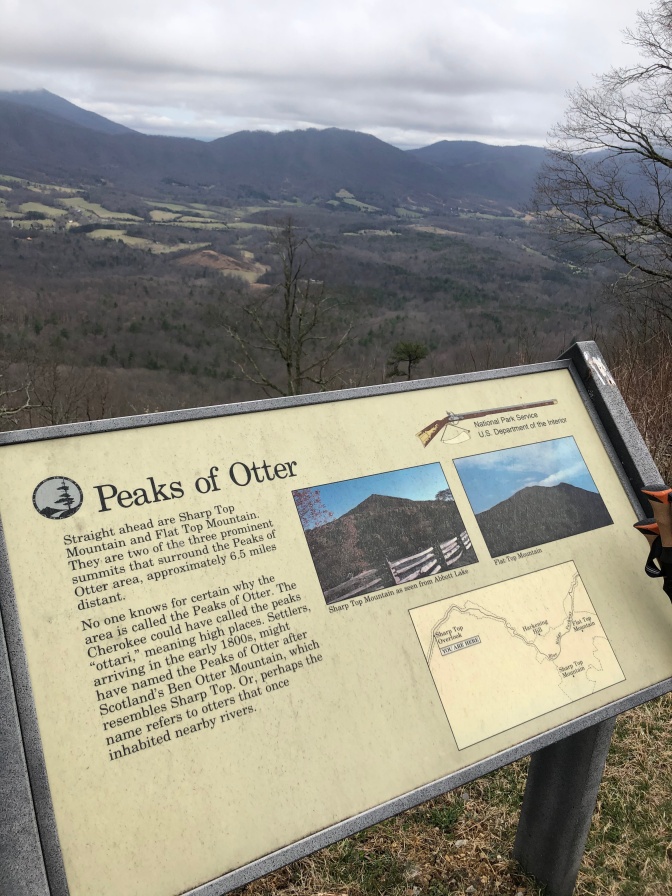 My intent had been to stop at Cove Mountain Shelter but I wanted to pick up some lost mileage in order to meet Jeff and Martine further North. I ended up going 2.6 miles further mostly because there had been no water for six miles.

At 17 miles I reached Jennings Creek. The AT warned that “locals” played here on the creek since it was on a road. I needed the water and there was no way that I could have taken one more step. Sadly what was supposed to be the camp area had become the “local” restroom. There was enough toilet paper in the site to have provided for the world shortage at the beginning of the pandemic. Dang “locals”. I climbed the next hill and found a spot to stealth camp. I was asleep almost before I had zipped closed the rain fly. I would be very happy to hike on away from the locals. It was also a location with no cell service so this journal entry is one data behind. No signal here either so now we are two days behind.