I was more than ready to be back on the trail. The train had arrived early in Charlottesville the night before and Adam, the owner of the hostel, and his wife had met me there for the 35 minute ride back to Waynesboro. A solid night’s sleep and I was ready to go. 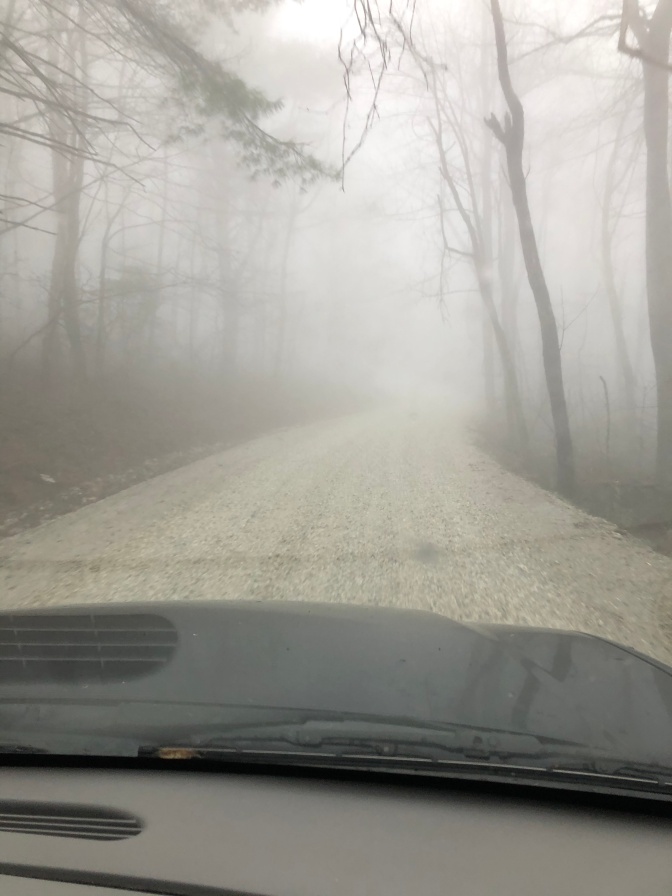 The Weather Had Been Perfect While I Was Gone

So, of course, it rained all night and into the morning when I returned. Once again views were zero as we drove the 45 minutes back to the trailhead. 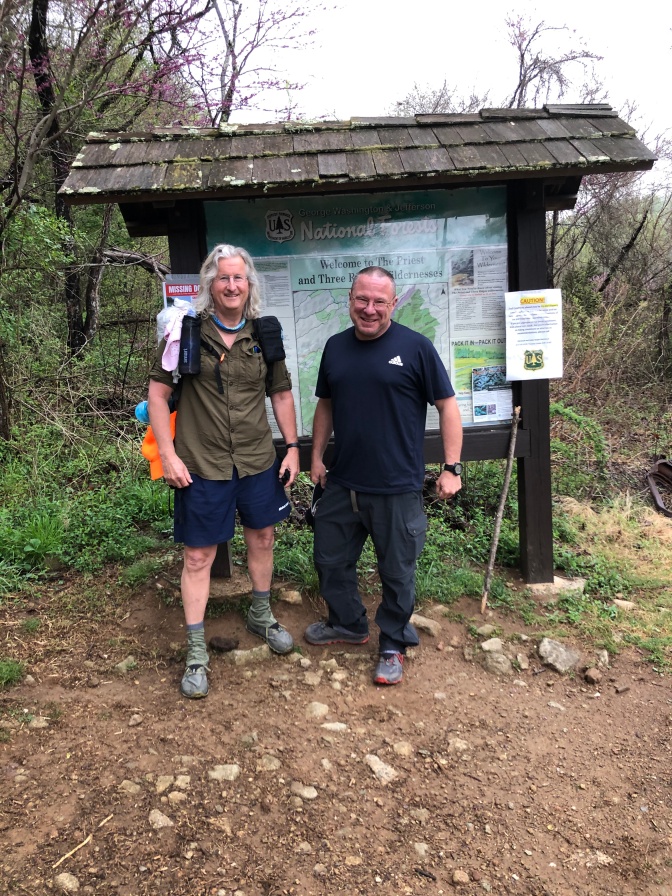 The Dude and King Whistle

Pilgrim drove the three of us back to Tye River Bridge. The Dude is from New Jersey and was just beginning his first steps of his 2,200 mile flip-flop through hike. His friend King Whistle is a newly retired correctional officer from Connecticut. He drove The Dude to Virginia and would be hiking the first 30 miles with him before returning to Connecticut.

The First Few Steps Across the Tye River Suspension Bridge at 08:36

As soon as we crossed the bridge we came upon a newly retired hiker who had been on the trail for 35 days beginning in The Smokies. As with everyone else he was very friendly and he seemed to be pleased with the company. The Dude and King Whistle fell in with him. As for me I found that this was causing me to think way to much. He made one statement that concerned me…….. he was doing 24 miles a day and we were facing a 5.8 mile climb of 2,992 feet. I fell in behind knowing that at some point I would falter. I made it 1.5 miles and about 1,000 feet of elevation gain. This was not my hike……. I let The Dude know that I would be slacking my pace and I never saw them again.

No Rain But Socked In

The hiking App Guthook tracts you as you progress along the trail. It has little camera icons along the trail so you know how far you are from views. Once again I passed a pile of them without sighting anything other than cloud cover. My pace was now steady but at my speed. About 3 miles in I found a phone signal for a moment and called Jan and my mother’s rehabilitation center.

I was glad to be back by myself. I’ve become more than comfortable hiking this way all day. The only one exception was that 4.2 miles with Bear Bait.

The last overlook area before peaking Three Ridges Mountain was Chimney Tops. As with the other spots the view was………zero…….so I took pictures of……rocks. It was here that brother Barry called. I caught him up on Mom’s status and we ended up talking for quite awhile. I would need to pick up the pace. 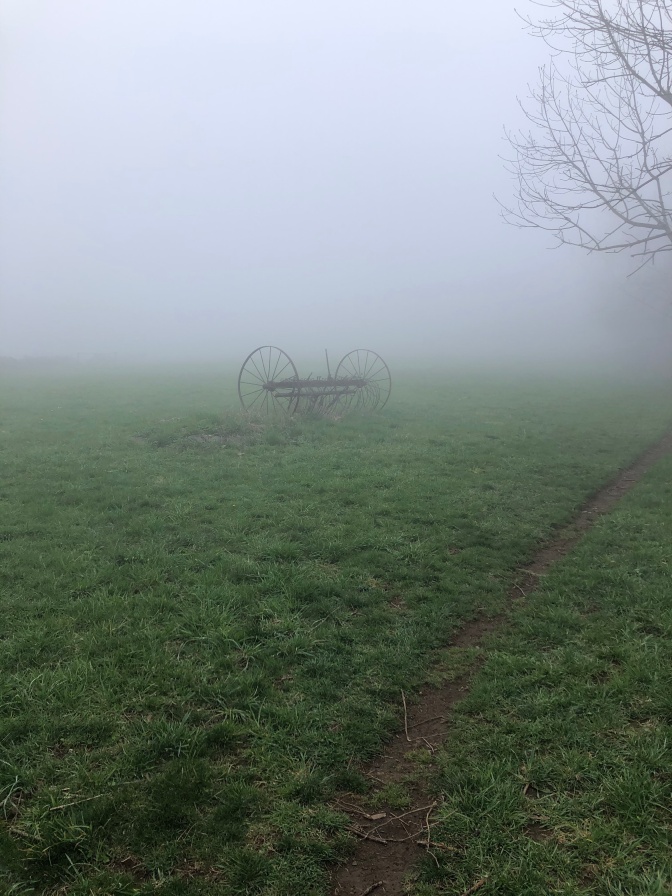 I peaked Three Ridges at 13:44 well after my intended time. I felt good and my climbing strength was great…… just too much talking. I was only at 5.82 miles and wanted 15. The moment I reached the peak the sun broke through. I found a comfortable looking rock and broke out a tortilla and some chicken salad that taste like tuna. Lunch was served. By the time I finished the terrible lunch the sun was gone. Two hours later it was raining. 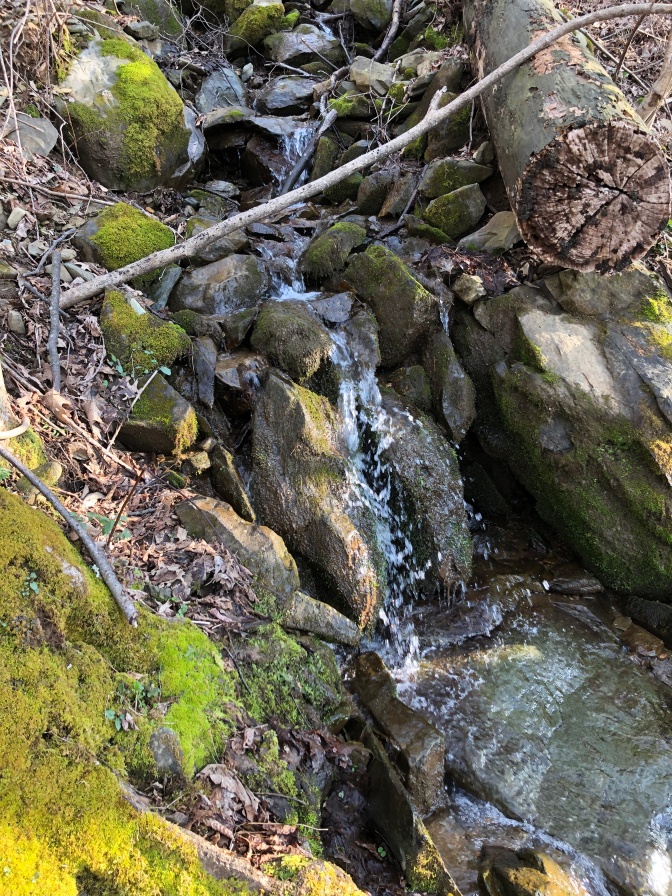 The Need to Find Water To Cook With

The day was quickly coming to a close. I was searching both for a camping site and water. The trail meandered along the edge of the mountain for several miles….. straight up on one side and straight down on the other. Finally I located water…. as a matter of fact a little waterfall. I filled the filter bag but then was stuck carrying it as I searched for a spot to pitch my tent. A finally stumbled through some rocks and found a spot big enough for the tent but is was all rocks.

I took one more look at Guthook. There was an overlook 0.2 miles ahead. Hikers can post notes at each spot and give input about the spot. On this one it said, “Possibly one tent site at overlook.” I threw the pack back on and that’s how I ended up with this best ever camp site! 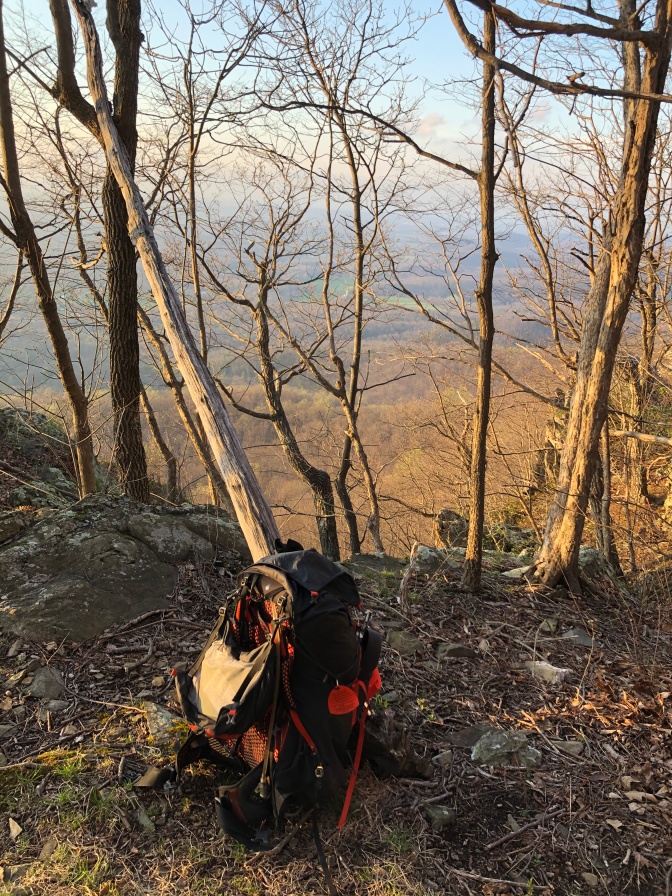 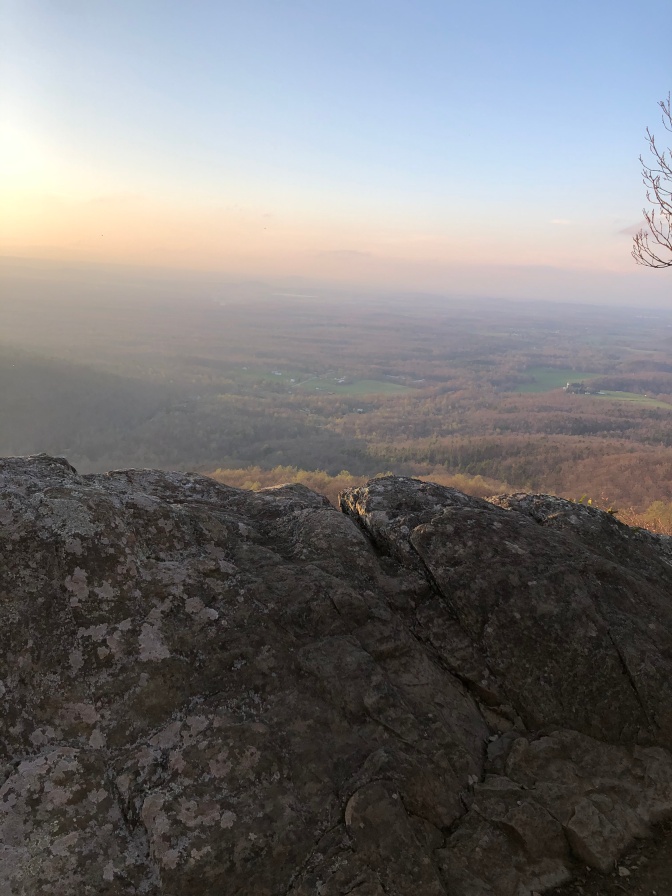 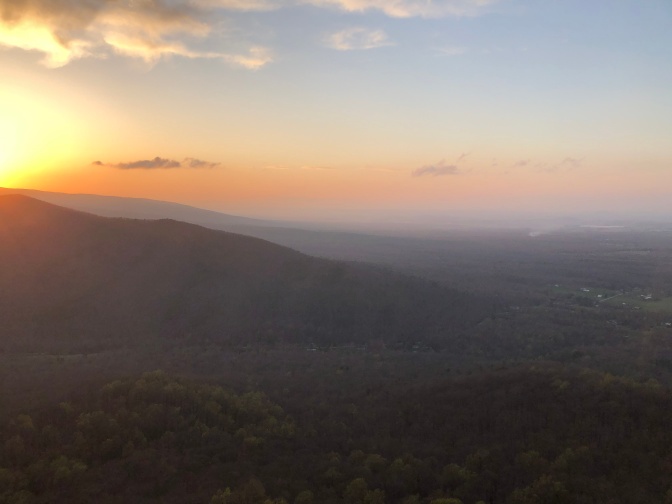 Once the Night Arrived

It would prove to be my best night so far. I slept through the night which was good because I was facing a 15.6 mile hike the next day. It had rained or threatened to rain all day yet here I was with my only view of the day out the back of my tent. The stars were brilliant …… the sleep was deep…. tomorrow would be soon enough to hike on.