“Freeze alert Wednesday 12:00 to Thursday 0900” What!!’ I want to be warm! I want to sleep with my head outside of my sleeping bag! I want my toes and fingers to be happy and secure in the knowledge that they are not going to fall off!

08:45. Delilah and her daughters Luna and Bella

That’s just not to be tonight so we might as well hike. Action, Adventure and Patty picked me up at 08:00 as planned. It was a little difficult to leave the motel room. Patty presented me two homemade muffins which was perfect because I had not eaten. The ride to the trailhead was too short! Before I could say “But I don’t want to freeze!” We we’re walking across the highway and into the woods.

It was deceptively pleasant. That same green grass, leaves on trees and colorful flowers were everywhere but I knew better. I had an alert on my IPhone……”Freeze Alert Wednesday…….” We were walking into some kind of void that wanted to claim my fingers and toes!

Not far up the trail we met this man walking his dogs. Mom Delilah and her daughters Bella and Luna. It was a good try but I knew it wasn’t real…. they really weren’t there…… it was some kind of allusion meant to fake us into thinking that it was Spring.

For the last week I’d been hiking in the lands of my paternal ancestors. The names everywhere were familiar with research that my brothers Barry and Scott and I have done over decades. The Garlands were once a prominent name from here South to Lynchburg. The research has been fascinating with a great mix of prominent and scalawag individuals. Just enough to make it not boring. I’ve found 24 of them involved in the Civil War to include dealings with Mosby. Yup this person who talks Yankee has Southern Roots. 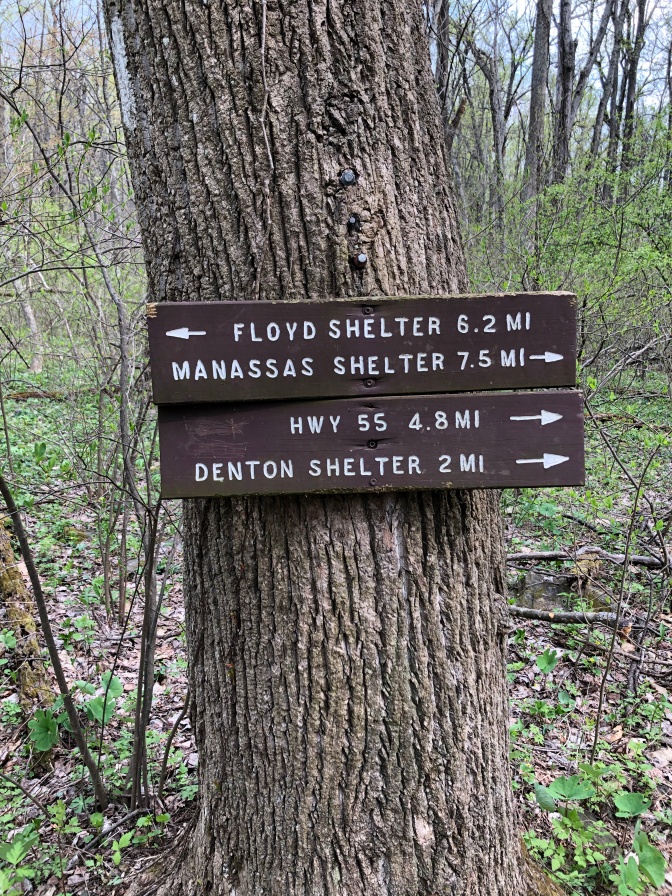 Long before I knew that our paternal roots were Southern my brothers and I had some strange attraction to the South and it’s Confederate Army. Instead for playing cowboys and Indians as youngsters we played Rebels and Yankees. The kids on Christian Hill Road and Pearl Street were always the rebels and those on Elm Street and any other parts of town were the Yankees. Upton was a rural town so we had plenty of woods to play in. It was year round. No amount of snow could stop the battle. At the time a black and white TV series called The Gray Ghost based on the military actions of John S Mosby was a popular program.

10:16. Lands Where My Ancestors Roamed 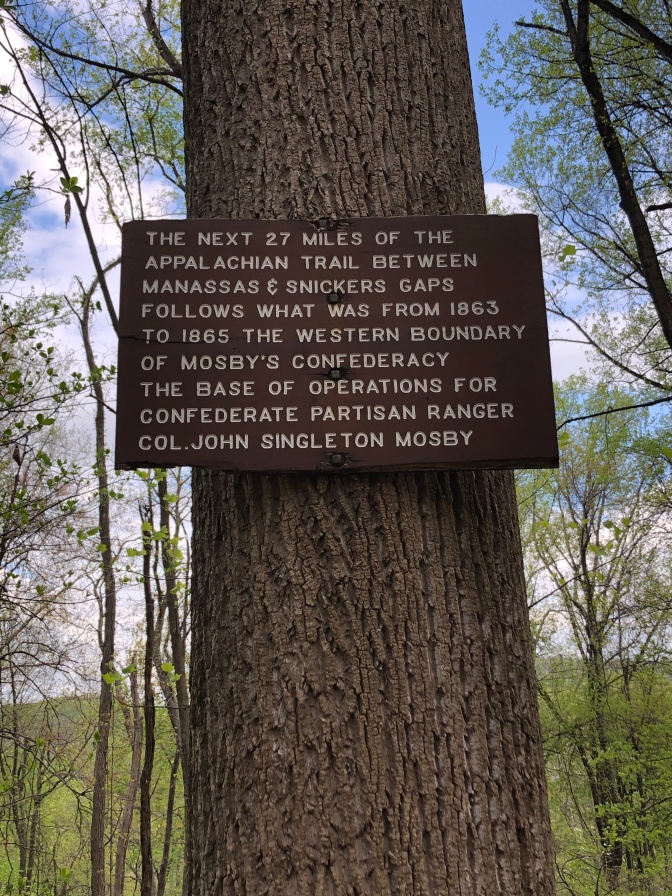 I hope that we never reach a time in which we fail to remember our history. There is no question there are bad aspects of all events but I would hate to think that there would be a time that it was not acceptable to honor my father’s service in World War II or my son Jeremy’s in the Iraq War or for that matter ancestors from the Revolutionary or Civil Wars.

We were once again climbing and the knowledge that the signs of Spring would soon be disappearing. It has been rare enough that seeing trees in bloom actually caught my attention. For me that was unusual.

I noticed that my water mouthpiece was getting pretty filthy. Granted every thing is dirty but I have been sucking water out of this thing. Let me tell you another thing not to do. Don’t clean your mouth piece with your pocket knife. It looked very nice in my room in Front Royal but once I got on the trail with pack pressure on the water bladder I couldn’t figure out why my left leg and arm were getting soaked.

15.2 miles later we would arrive at Whiskey Hollow Shelter a Taj Mahal of shelters which was good because we were going into a deep freeze that night. There was plexiglass in the open spaces and the wind was blowing so for only the second night of this month long hike I opted to sleep in the shelter. Action, Adventure, Uphill, Shotput and her dog Pansy and I all found a corner and settled in. It was so miserably cold! I buried myself in my sleeping …. then I buried myself deeper. Maybe hiking tomorrow would make me warmer. I’ll think about hiking on.