08:35. Crossing the Delaware into Jersey

This has been a long time coming. Soma had crossed the day before. Our 08:30 crossing came complete with morning Interstate 80 traffic. The noise was deafening. That meant that entry into New Jersey was very non dramatic. We hiked along the side of the interstate for awhile and through a recreation area for usage of the Delaware River. Kayaks and canoe businesses seemed to be active there. 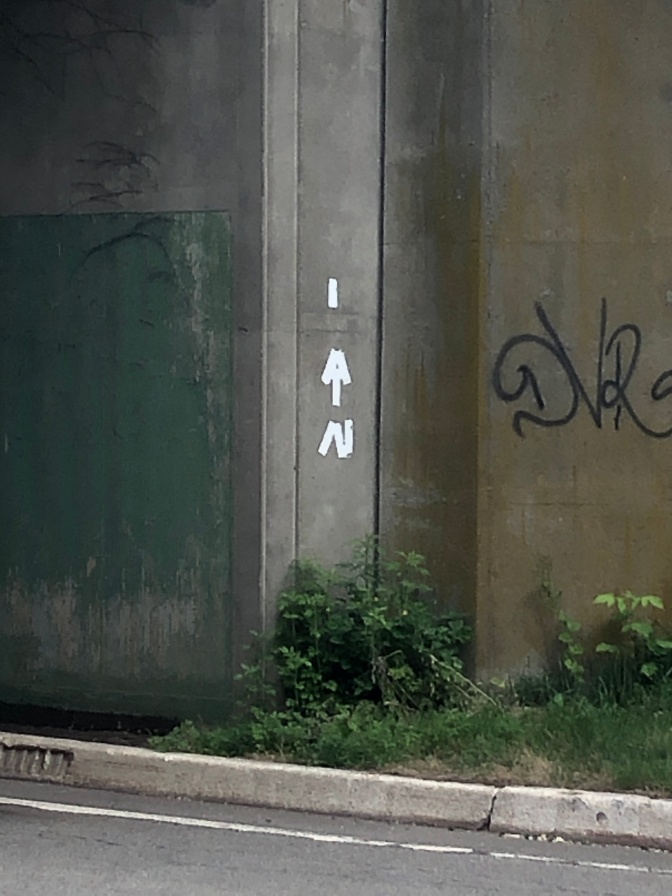 09:00. Even the Interstates have AT Signs

The trail then turned to the left and went under the Interstate before beginning a long ascent. 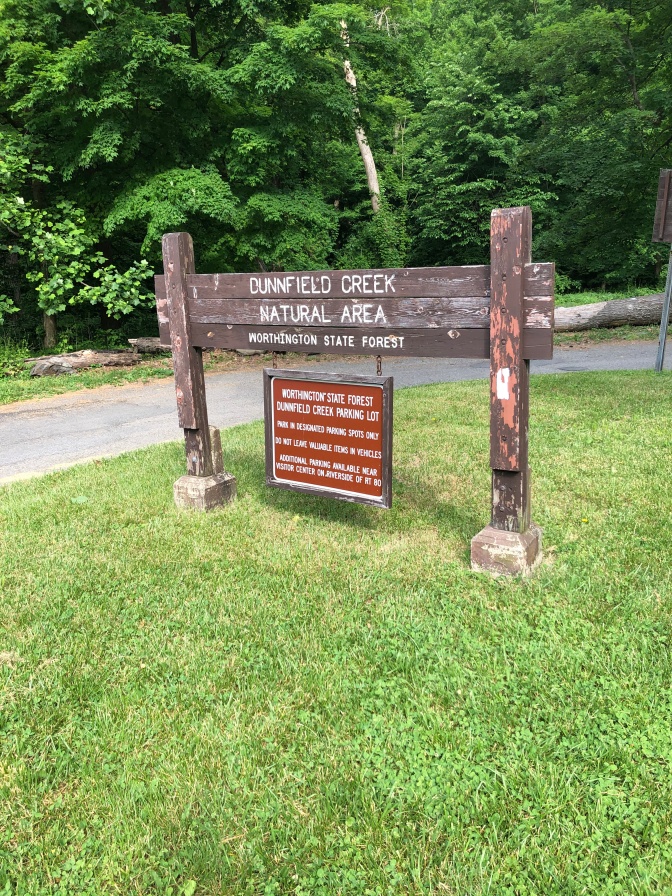 That ascent was initially through this park. The rocks were still there but they were friendlier. By now the climbs are easier even with the packs. As usual Landslide was well ahead of me. His longer legs can easily outpace me and I long ago learned to avoid keeping pace with someone faster.

Landslide told me that he got his name on a previous hike on which he was warning everyone about the unsure footing going down the mountain. He was actually the one that fell and as he rumbled down the mountain someone in the group said, “Look! There goes a landslide!” 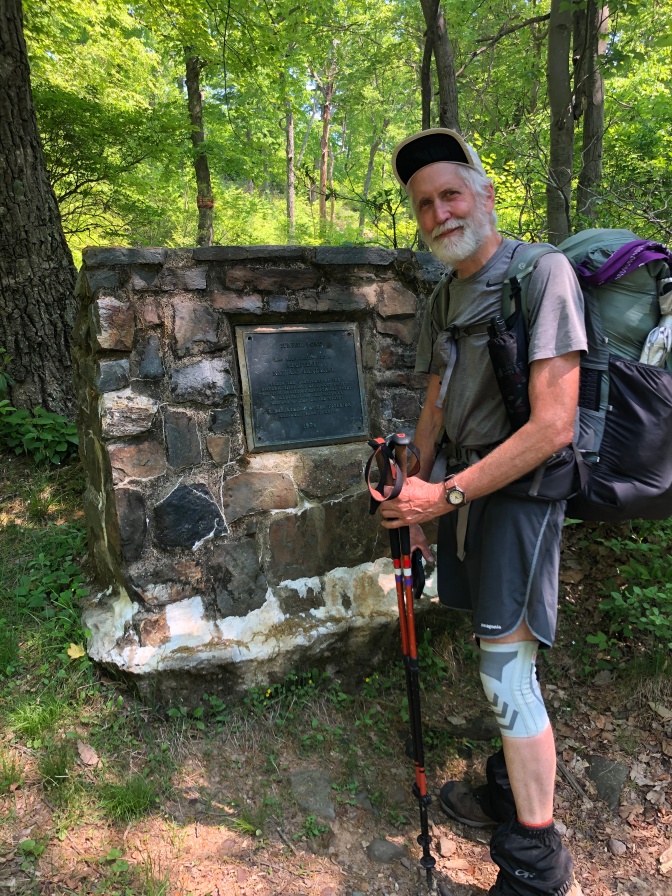 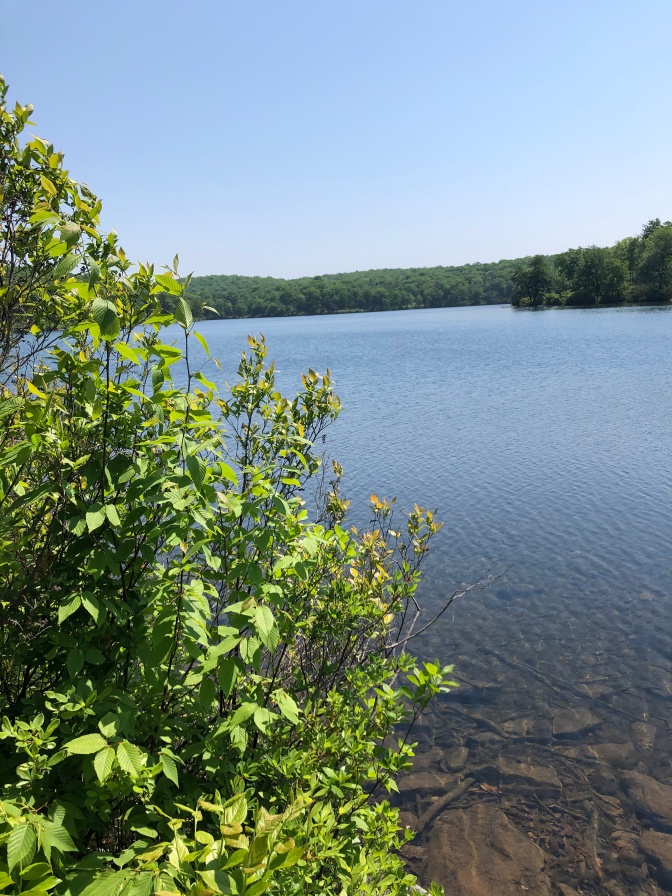 Mike Hummer tells me he used to swim in this pond when he was a boy. A wonderfully clean body of water we passed a few people going up to visit it.

At one point in time we began meeting large groups of young girls backpacking. One group was stopped for a break so I asked where they were from. It turned out that they were from Saint Benedict’s Preparatory School in Newark, New Jersey. They were the first girls from the school to be allowed to do the hike. For 40 years the boys had done the hike of 80 miles over six days. There were 120 girls. They looked exhausted but on the positive side they only had about 2.5 miles to go. Most asked me if I knew how much further if was . “2 and 1/2 all downhill”. “Miles?” One girl lamented. You would think after 77 1/2 miles she’d be overjoyed. 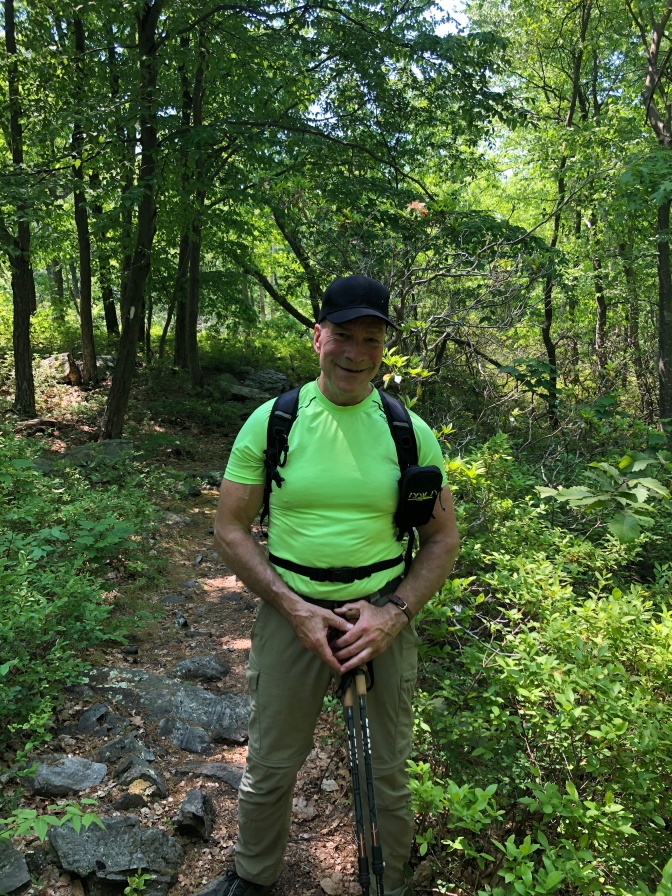 Lost Man was section hiking South. He was just out for a casual stroll but was fascinated with the concept of a through hike.

It was hard to believe that there could be this much forest so close to New York City. Luckily many there don’t realize that there is anything in life other than bricks and mortar. Otherwise they’d be out here trashing this area also. You may be able to tell that I have no use for city life.

I was moving toward our first contact with the New York State line. Landslide and I come upon one another at Rattlesnake Spring and loaded up with water. A storm was moving in and the hiking day needed to be cut short in order to get our tents up. Just beyond the spring we found several undocumented tent sites and were soon set up before the rains came. It was the first rain in weeks and luckily for us fell only after we were safely in our tents. It was a total night of sleep without waking. That would make it much easier to hike on the next day.