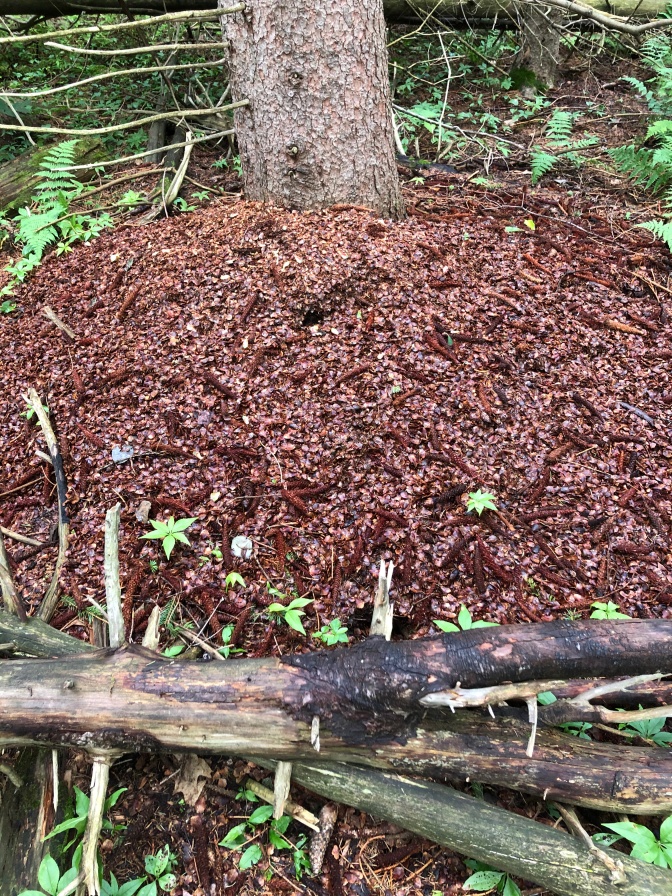 My mystery of the day. This is the base of a pine tree which has every pine cone on it stripped away and lying in a pile near the trunk. Each pine cone is stripped . The stalk looks like an ear of corn after it’s been eaten….. just the husk remains. Every scale of the cone has been stripped away from the husk and they are in a heap on the ground. Any thoughts???

A great example of land preservation. This area was once a Shaker community in the late 18th century.

The Shakers turned this 2,000 acre tract into a farm raising cows and sheep. By the 1930’s the land was being threatened by development including a ski slope so a conservation group called the Cobblers purchased it and donated it to trustees as a preserved reservation. Known today Tyringham Cobble Reservation it has a collection of trails for day hikers. 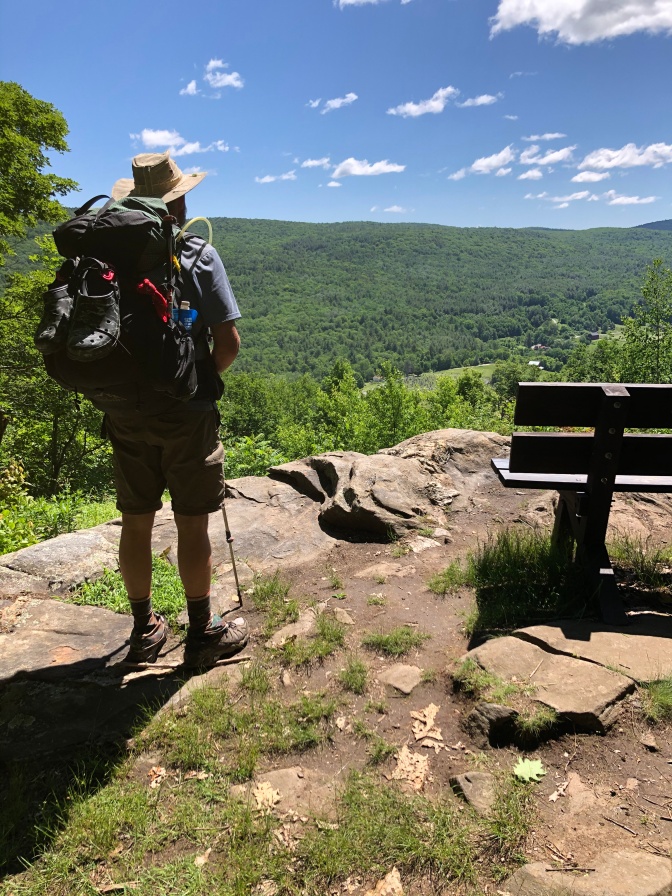 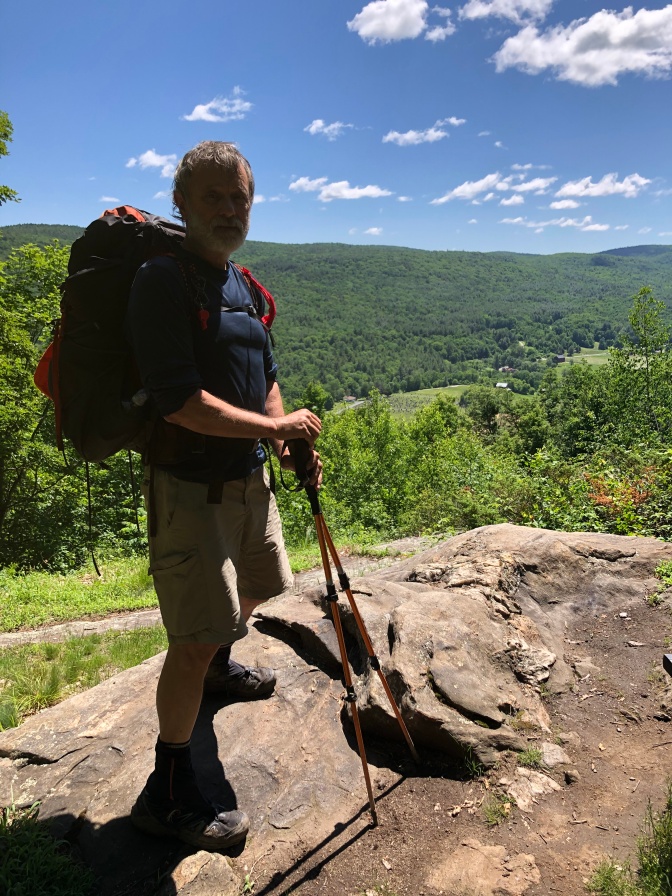 …….. and more importantly….. a bench with a view…. that tired AT hikers like us use to take a break in the action.

This was a bonus treat! A farm right along the edge of the Appalachian Trail had created this small stand. Inside it was filled with all the types of food that we need for the trail. It had cold drinks, candy, chips, pop tarts and a charging station for iPhones. There was a cost involved but it was very minimal. Actually it was about the cost of what it would be to buy at any given store. We stayed there getting our fill and charging our phones before moving on.   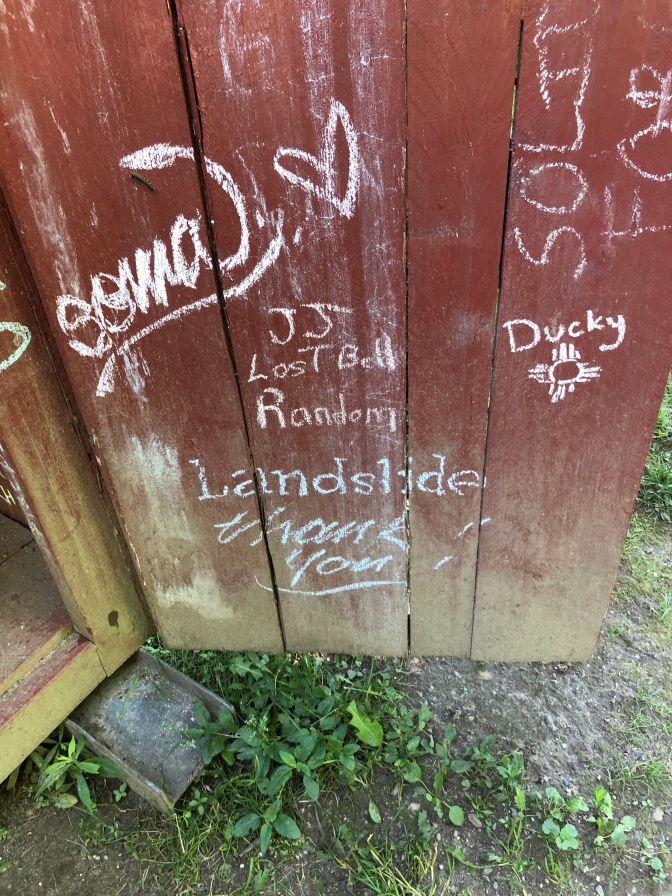 There was also a large piece of chalk on a small shelf that was used by the hikers to sign their names as evidence that they had stopped to take it advantage of the stand. If you look closely you’ll see many of the names that I have mentioned over the last several months such as Fish Oil, Day Hiker, Landslide, Soma, Lost Bells, and even me.  Landslide had signed the register just that day so I now knew that I was hiking within the same day as him. He had to be close.  

Enough with the eating. We wanted to make it to Upper Goose Pond for the evening.

There is no shortage of young ladies hiking the trail. This is Spring who began her through hike way back in February. Considering the fact that they have to carry the same weight as the men yet usually are quite a bit smaller than the men I’d say they are a tough group of very determined women.

Tonight’s campsite was along the edge of Goose Pond. Hawkeye and I worked our way down to the edge of the lake where we found three of those with their hammocks already set up. Soon after Sauce arrived and set up his tent. This picture is of Sauce doing a little fishing and being joined by Spring. I got word that Landslide was here and after wandering around for a while found his tent     set up at the top of the mountain. From this point on he would once again be hiking with us. But for now it was a quiet evening with a good meal and some good conversation. The next morning would be soon enough to hike on.